In vivo stimulation of sugar uptake in rat thymocytes. An extranuclear action of 3,5,3'-triiodothyronine.

In previous studies we have demonstrated that 3,5,3'-triiodothyronine (T3) in vitro produces a prompt increase in the uptake of the sugar analogue 2-deoxyglucose (2-DG) by freshly isolated rat thymocytes. This effect is prompt, being evident at 20 min after addition of T3, is independent of new protein synthesis, and can be elicited by physiologic concentrations of the hormone. In the present studies, we have sought to determine whether physiologic doses of T3 are capable of inducing an increase in 2-DG uptake in the thymocytes of the living animal. Therefore, 26-28-d-old female rats were injected with increasing doses of i.v. T3, followed 60 min later by 3H-labeled 2-DG. 30 min later, animals were killed, thymocytes were isolated, and their 3H content determined. Uptake of [3H]2-DG was increased by T3 in a dose-dependent manner. The lowest effective dose was 10 ng/100 g of body weight (30% above control) and the maximally effective dose 1 microgram/100 g of body weight (116% above control). The effect of T3 was independent of new protein synthesis in that it was not blocked by a dose of cycloheximide that inhibited the incorporation of [3H]leucine into thymocyte protein by 92-95%. Comparable studies with various thyronine analogues revealed the following rank order of potency: L-T3 greater than L-3,5,3'5'-tetraiodothyronine (L-T4) greater than D-T3 greater than or equal to D-T4 greater than L-3,3'5'-triiodothyronine greater than 3'-isopropyl-3,5-L-diiodothyronine (T2) = 3,5-L-T2. DL-thyronine was without effect. These studies indicate that T3 in physiologic doses acts in vivo to increase the uptake of sugar by rat thymocytes by a mechanism that is extranuclear in origin, in that it is independent of new protein synthesis. The findings support the conclusion that the previously demonstrated effects of T3 on thymocyte sugar uptake in vitro, which seem clearly to be mediated at the level of the plasma membrane, have physiologic relevance. 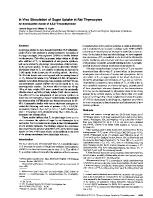 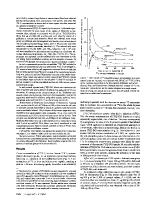 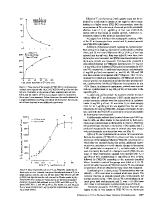 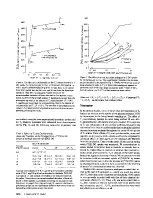 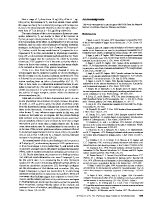 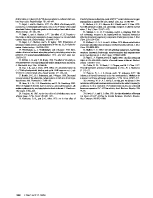