Long-term marrow culture of cells from patients with acute myelogenous leukemia. Selection in favor of normal phenotypes in some but not all cases.

Find articles by Eaves, A. in: JCI | PubMed | Google Scholar

Long-term cultures were initiated with leukemic marrow aspirate cells from each of 13 newly diagnosed acute myelogenous leukemia (AML) patients. Initial assessment of the clonogenic potential of the marrow suggested that normal hemopoietic progenitors were reduced in most cases and progenitors of abnormal colonies and clusters were present in 10 cases. Subsequent assays of both nonadherent and adherent fractions of long-term cultures revealed two patterns of progenitor cell behavior. The most common pattern (nine cases) featured the detection after 1-4 wk of near normal numbers of typical erythroid, granulopoietic, and mixed colony-forming progenitor cells. Progenitors of abnormal (blast) colonies and clusters initially demonstrable in eight of these nine cases were, in these cases, not sustained in long-term culture and could not be found after 4 wk. Conversion to cytogenetic normalcy in long-term culture was confirmed in two experiments in this group. The second pattern (four cases) was characterized by the failure of progenitors capable of normal differentiation to become detectable in long-term cultures, and the concomitant maintenance of blast progenitors in the two cases in this group where such cells were initially demonstrable. Although progenitors capable of producing abnormal (blast) colonies or clusters in methylcellulose were not detected in either of the other two experiments, the maintenance for 6 wk of a hypercellular nonadherent blast population in one of these suggested the persisting activity of an "adherent layer-dependent" leukemic progenitor cell. Taken together, these findings indicate a strong correlation between the presence of leukemic blasts and their progenitors and a decreased level of normal hemopoiesis. In addition, the failure of leukemic cells to be maintained in long-term marrow cultures from some (but not all) AML patients suggests new applications of this methodology for studies of early stages of leukemic cell development. 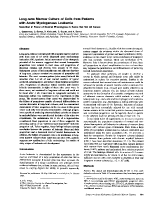 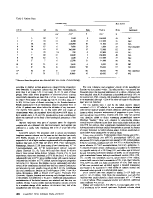 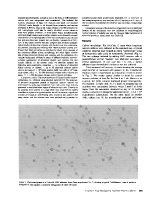 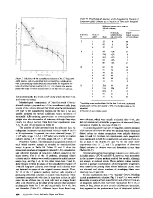 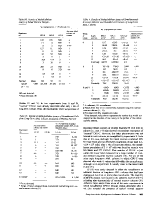 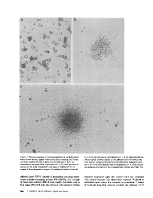 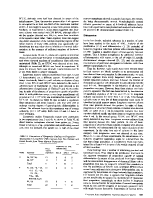 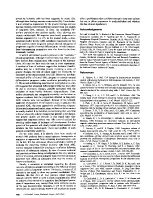 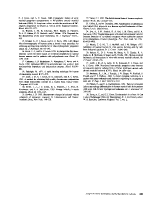