Structural heterogeneity of the axonemes of respiratory cilia and sperm flagella in normal men.

The ultrastructure of normal human cilia and flagella was examined and quantitatively assessed to determine the normal variations in the structure of the axoneme. Ciliated respiratory epithelial cells and spermatozoa from 10 normal, nonsmoking male volunteers who had normal semen parameters were fixed for electron microscopy. Tannic acid and MgSO4 were included during fixation to enhance, in particular, axonemal components. In 75 axonemal cross sections per sample, the number of outer doublet and central singlet microtubules, outer and inner dynein arms, and radial spokes were recorded. Statistical analysis of the results showed a marked reduction, from the expected value of nine, in the numbers of inner dynein arms (mean +/- SE, cilia, 5.31 +/- 0.13; sperm, 5.38 +/- 0.16) and radial spokes (cilia, 4.95 +/- 0.22; sperm, 5.80 +/- 0.19). The ideal axoneme with all its structural components was seen in only 0.13% of cilia and 0.80% of sperm tails. Significantly more doublet microtubules (P less than 0.05) and less central microtubules (P less than 0.01) and radial spokes (P less than 0.01) were seen in cilia than in sperm tail axonemes. Between subjects there was little variation in the mean number of a structure seen per axoneme. However, within each sample, the variation was considerably higher, particularly for the inner and outer dynein arms and radial spokes. The doublet microtubules had significantly greater standard deviations in the sperm tails compared with the cilia (P less than 0.01), and furthermore, a significantly greater number of sperm tails compared with cilia showed the incorrect number of doublet microtubules (P less than 0.02). In one semen sample, with normal semen analysis, 20% of the sperm tails showed incorrect numbers of doublet microtubules, ranging from 12 + 2 to 5 + 2 compared with only 1.3% in cilia from this subject. This study has demonstrated that the ideal axoneme is rarely seen even in normal samples, probably because of the technical difficulties in resolution and visualization, and stresses the need for thorough documentation of axonemal ultrastructure. This work provides a normal data base for comparison with patients who have chronic respiratory disease and suspected infertility. 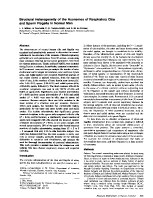 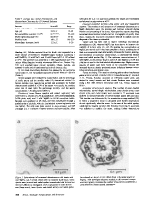 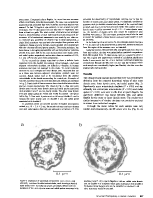 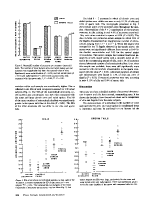 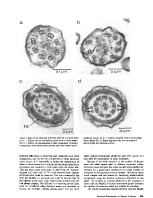 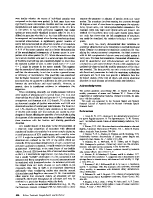 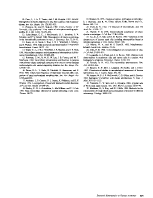