Find articles by McCullough, A. in: JCI | PubMed | Google Scholar

Naturally occurring derivatives of pro-opiomelanocortin (POMC) have been identified in various extra-pituitary sites, including the endocrine and exocrine pancreas. Corticotropin-like intermediate lobe peptide (CLIP = ACTH18-39), a naturally occurring derivative of POMC, has been suggested to be an insulin secretagogue. To determine whether CLIP might also affect the exocrine pancreas, we measured its effect on amylase secretion and protein synthesis and secretion in isolated rat pancreatic lobules. Lobules were dual-pulsed with trace amounts of 14C- and 3H-leucine, both in the presence and absence of CLIP (10(-9)-10(-6) M), using a technique that permitted the labeling of both the synthetic and secretory compartments. The effect of CLIP on protein synthesis was determined by comparing 3H-leucine incorporation into lobules with and without CLIP. The secretory effect of CLIP was determined by measuring (a) secreted 14C-labeled protein as a percent of total incorporated radiolabeled protein, and (b) amylase release into incubation medium. The effect of CLIP on amylase release was compared with that of secretin, cholecystokinin-octapeptide, and carbamylcholine. To localize the biologically active region of CLIP, we similarly studied synthetic ACTH25-39. We demonstrated that CLIP stimulates amylase and protein secretion in a dose-dependent manner and is of similar potency to secretin and carbamylcholine. This effect appears to require the ACTH18-24 region of CLIP and results from stimulus-secretion coupling rather than augmented protein synthesis. We also confirmed the presence of immunoreactive-adrenocorticotropic hormone (IR-ACTH) in rat pancreatic extract using a COOH-terminally directed antibody to ACTH1-39 and demonstrated that this IR-ACTH co-eluted with synthetic CLIP. These findings suggest that CLIP might be an endogenous modulator of pancreatic exocrine function. 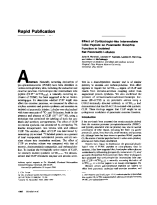 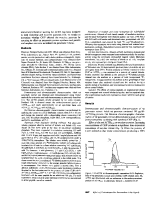 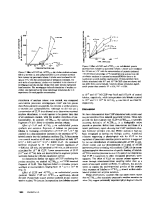 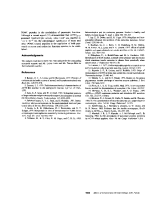