Find articles by Ullman, B. in: JCI | PubMed | Google Scholar

Purine nucleoside phosphorylase (PNP) deficiency in humans is associated with a severe T cell immunodeficiency. To understand further and exploit this T cell lymphospecificity, we have compared the cytotoxicities and metabolism of deoxyguanosine, the cytotoxic substrate of PNP and of arabinosylguanine, a deoxyguanosine analogue that is resistant to PNP cleavage, in T cell (8402) and B cell (8392) lines in continuous culture established from the same patient. In comparative growth rate experiments the T cells were 2.3-fold and 400-fold more sensitive to growth inhibition by deoxyguanosine and arabinosylguanine, respectively, than were the B cells. Only the T cells, but not the B cells, could phosphorylate in situ deoxyguanosine or arabinosylguanine to the corresponding triphosphate. Both the phosphorylation and cytotoxicity of arabinosylguanine in the T cell line could be prevented by deoxycytidine, which suggests that deoxycytidine-deoxyguanosine kinase initiated the intracellular metabolism and cytotoxicity of this nucleoside analogue. The sensitivity and selectivity of arabinosylguanine toward the T lymphoblastoid cells suggests a rational approach to the design of chemotherapeutic agents that are directed toward T cell malignancies and other T cell disorders. 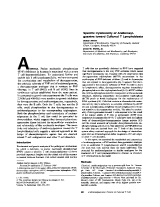 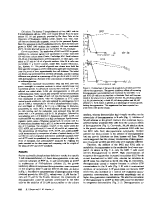 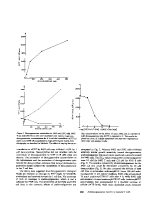 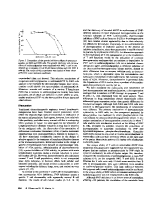 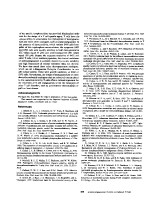