Time course and significance of changes in hepatic fructose-2,6-bisphosphate levels during refeeding of fasted rats.

The time course of changes in hepatic fructose-2,6-bisphosphate (F-2,6-P2) and glycogen content was examined in fasted rats infused with glucose intragastrically or allowed to eat a chow diet ad lib. Initial values for the two parameters were approximately 0.4 nmol/g and 2 mg/g of tissue, respectively. Contrary to what might have been expected on the basis of reported studies with hepatocytes exposed to glucose (i.e., a rapid elevation of F-2,6-P2), the rise in F-2,6-P2 levels in vivo was a late event. It began only 4-5 h after glucose administration or refeeding, at which time glycogen content had reached approximately 35 mg/g of tissue. Thereafter, [F-2,6-P2] climbed rapidly, attaining fed values in the region of 10 nmol/g as glycogen stores became maximal (approximately 60 mg/g of tissue). Although the biochemical basis for these changes is still unclear, the delayed increase in [F-2,6-P2] is entirely consistent with the fact that much of the glycogen deposited in liver in the early postprandial phase is gluconeogenic in origin. The later rise in [F-2,6-P2] likely represents a key signal for the attenuation of gluconeogenic carbon flow into glycogen as the latter approaches repletion levels. 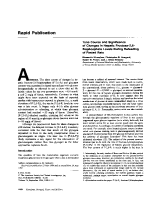 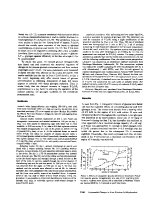 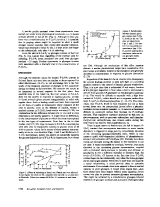 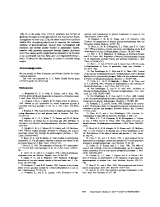