Fibronectin deposition in delayed-type hypersensitivity. Reactions of normals and a patient with afibrinogenemia.

Find articles by Hoffman, A. in: JCI | PubMed | Google Scholar

During development of delayed hypersensitivity (DH) skin reactions, fibronectin accumulates in two distinct sites: (a) the dermal interstitium in a pattern similar to fibrin and with a time course similar to that of fibrin deposition and mononuclear cell infiltration, and (b) blood vessel walls in a pattern suggestive of basement membrane staining and with a time course similar to that of endothelial cell proliferation. In vitro fibronectin can bind to monocytes or endothelial cells and simultaneously bind to fibrin or collagen matrices; by such interaction in vivo it may affect cell migration or proliferation. Thus, fibronectin deposition in DH reactions may facilitate cell-matrix interactions; however, the possibility exists that extravascular fibronectin accumulation may be only secondary to interstitial fibrin clot formation, and that blood vessel-associated fibronectin may be only a function of adsorption onto basement membrane (type IV) collagen. To address these possibilities, we investigated the association of fibronectin with fibrin, type IV collagen, and mononuclear cell infiltrates in DH reactions. Skin sites of DH reactions in normal volunteers were biopsied at 24, 48, and 72 h after intradermal challenge and examined by immunofluorescence technique. At all time points most of the interstitial fibronectin coincided with fibrin; however, some interstitial fibronectin was coincident with mononuclear cells positive for HLA-DR or monocyte-specific antigen. The coincidence of fibronectin with mononuclear cells was more apparent in a 48-h DH reaction from a patient with congenital afibrinogenemia. Vessel wall fibronectin was increased by 48 h after challenge and appeared as a fine linear band on the luminal side of a much thicker band of type IV collagen. Thus, the coincidence of extravascular fibronectin with mononuclear cells, its appearance without fibrin in the site from a patient with afibrinogenemia, and incomplete correspondence of vessel wall fibronectin with type IV collagen suggest that fibronectin localization in DH reactions involves endothelial cell and mononuclear cell binding as well as adsorption to fibrin and/or type IV collagen. 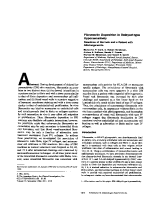 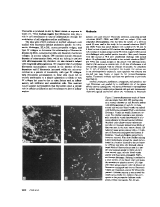 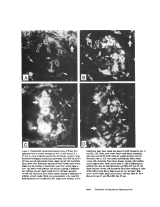 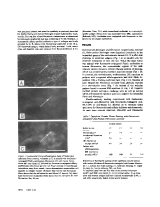 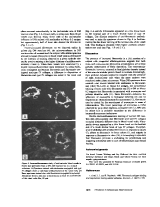 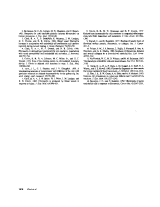