Biochemical determinants of 5-fluorouracil response in vivo. The role of deoxyuridylate pool expansion.

C E Myers, R C Young, and B A Chabner

Find articles by Chabner, B. in: JCI | PubMed | Google Scholar

5-Fluorodeoxyuridine monophosphate (FdUMP), the active metabolite of 5-fluorouracil (5-FU), is a tight-binding inhibitor of thymidylate synthetase, the enzyme which converts dUMP to TMP. Newly developed assays for FdUMP and dUMP were utilized to assess the competitive roles played by these nucleotides in determining the inhibition of TMP synthesis in mice bearing the P1534 ascites tumor. After 5-FU administration, levels of FdUMP reached a dose-dependent peak within 6 h in the ascites tumor and in bone marrow, and declined thereafter in a biphasic manner with an initial t 1/2 of 6 h and a final t 1/2 of 7-9 days. In duodenal mucosa, FdUMP levels were 1.8-2-fold higher than in the other tissues, but elimination was much more rapid. Simultaneous with the fall in FdUMP a progressive accumulation of the competitive substrate dUMP was observed in each tissue after 5-FU; and peak dUMP levels coincided with recovery of thymidylate synthesis, as determined by the incorporation of [3H]deoxyuridine into DNA. In vitro experiments with partially purifed thymidylate synthetase revealed and initial competitive interaction of dUMP and FdUMP, which, at high concentrations of dUMP was capable of markedly slowing the rate of irreversible inactivation of enzyme by FdUMP. These studies were found to be quantitatively consistent with a two-phase model of enzyme inactivation involving an initial competition between dUMP and FdUMP, with subsequent irreversible inactivation of enzyme by covalent linkage to the inhibitor. Recovery of thymidylate synthesis after 5-FU appears to result from both a fall in intracellular levels of inhibitor and a progressive accumulation of the competitive substrate dUMP. 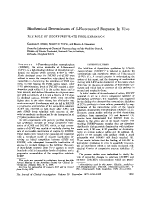 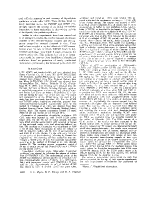 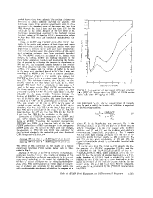 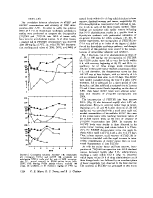 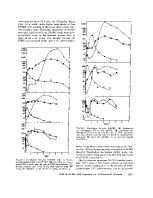 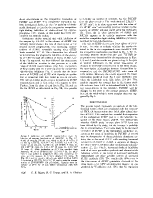 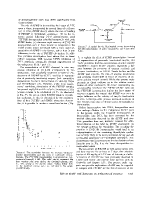 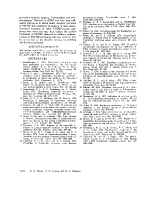