H Odeberg and I Olsson

Find articles by Olsson, I. in: JCI | PubMed | Google Scholar

Human granulocytes contain several cationic proteins with a molecular weight of approximately 25,000, almost identical amino acid composition, and complete immunologic identity. These proteins possess a chymotrypsin-like protease activity at a neutral pH. The antibacterial activity of the cationic proteins has been studied. Bactericidal activities are found against both Gram-positive (Streptococcus faecalis and Staphylococcus aureus) and Gram-negative (Escherichia coli and Pseudomonas aeruginosa) organisms. Gram-positive bacteria are, however, the most sensitive. The pH-optimum is near neutrality, and the microbicidal activity shows an inverse relationship to the ionic strength, indicating an ionic interaction between the cationic proteins and the bacterial surface. The microbicidal effect of the cationic proteins is generally independent of the chymotrypsin-like activity of the same proteins since the activity against several bacterial species is heat stable while the chymotrypsin-like activity is heat labile. The surface properties of S. aureus that are determined by protein A do not seem to influence the susceptibility to cationic proteins. The properties of the Gram-negative envelope of E. coli that determine the susceptibility to the lytic action of serum do not influence the sensitivity to the action of cationic proteins. The present study shows that cationic proteins of human granulocytes represent one potential microbicidal mechanism that is independent of hydrogen peroxide and myeloperoxidase. 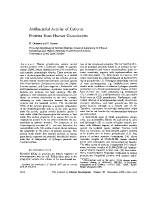 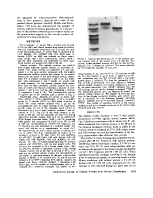 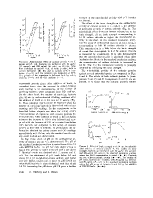 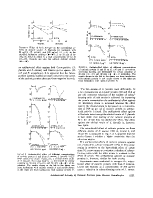 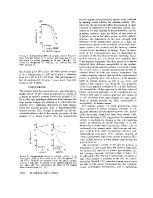 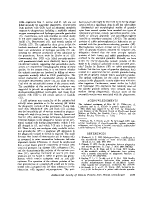 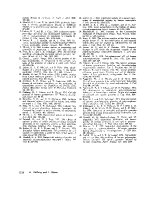