Bloom's syndrome is a rare autosmal recessive disorder, first characterized by growth retardation and asum-sensitive facial telangiectasia and more recently demonstarted to have increased chromosome instability, a predisposition to malignancy, and increased susecptibitily to infection. The present report ocncern the immune function of Bloom's syndrom lymphoctes in vitro. Four affected homozgotes and five heterozygotes were studied. An abnormal serum concentartion of at least one class of immunoglobin was present in three out of four homozgotes. Affected homozgotes were shown capable of both a humoral and cellular response after antigenic challenge, the responses in general being weak but detectable. Blood lymphocytes from Bloom's syndrome individuals were cultured in impaired proliferavite response and synthesized less immunoglobulin at the end of 5 days than did normal controls. In contrast, they had a normal proliferative response to phytohemagglutinin except at highest concentrations of the mitogen. In the mixed lymphocte culture, Bloom's syndrome lymphocytes proved to be poor responder cells but normal stimulator cells. Lmyphoctes from the heterozgotes produced normal responses in these three systems. Distrubed immunity appears to be on of several major consequences of homozygosity for the Bloom's syndrome gene. Although the explanation for this pleiotropism is at present obscure, the idea was advanced that the aberrant immune function is, along with the major clincial feature-small body size, amanifestation of defect in cellular proliferation. 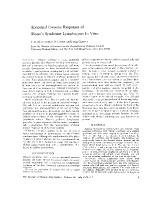 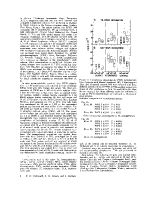 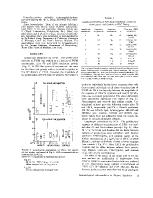 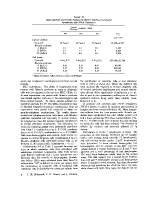 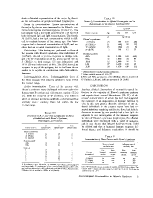 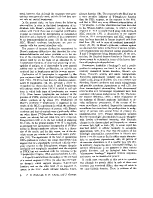 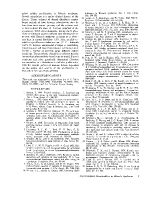