Studies were conducted to determine the effects of colestipol hydrochloride, a new bile acid-sequestrant resin, on some of the parameters of cholesterol turnover and metabolism in man. Three normal volunteers and eight hyperlipidemic patients participated in three sets of cholesterol turnover studies carried out at intervals of approximately 1 yr. The effects of colestipol were assessed by comparing the results obtained before therapy with those obtained on repeat study after several months of resin therapy. Colestipol treatment significantly reduced the serum cholesterol concentration (mean reduction 21%), and produced a large increase in the production rate of cholesterol (mean 86%) and in the turnover rate of cholesterol in pool 1 (mean 46%). The values of the intercompartmental rate constants and of the size of the rapidly exchangeable pool were unchanged with therapy.

The turnover studies were carried out for 12-13 wk, and were analyzed according to a two-pool model. Although long-term studies of cholesterol turnover conform to a three-pool, rather than a two-pool model, the present studies probably provide a valid estimate of the effects of therapy on certain parameters, namely the production rate, the size, and the turnover rate of pool 1.

Repeated studies in four untreated subjects showed a striking constancy with time for the kinetic parameters for each subject. The production rate was particularly constant from year to year for a given subject, and showed a pooled standard deviation of only 3%. The findings suggest that the total body turnover of cholesterol is under close homeostatic control in an integrated manner.

Combined drug therapy with colestipol plus clofibrate further reduced the serum cholesterol level in three of four patients, and reduced the triglyceride level in all four patients. Addition of clofibrate to the treatment program produced only small decreases in the production rate, which were not significantly different from the small decreases seen in two patients who were continued (and restudied) on colestipol alone. The findings do not support the suggestion that clofibrate can block the increased rate of cholesterol synthesis and turnover resulting from bile acid-sequestrant treatment. The effects on serum lipids, however, make the combined drug therapy potentially quite useful. 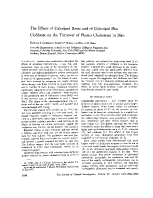 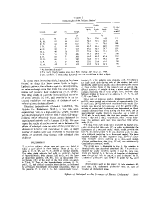 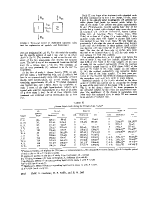 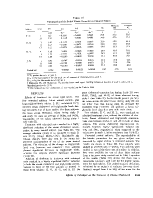 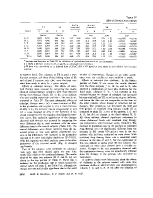 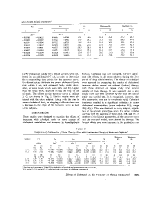 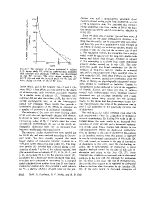 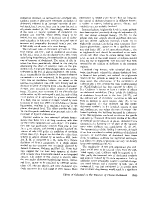 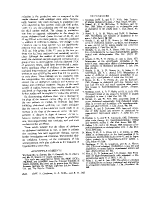 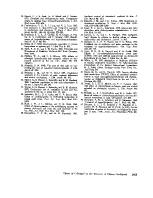