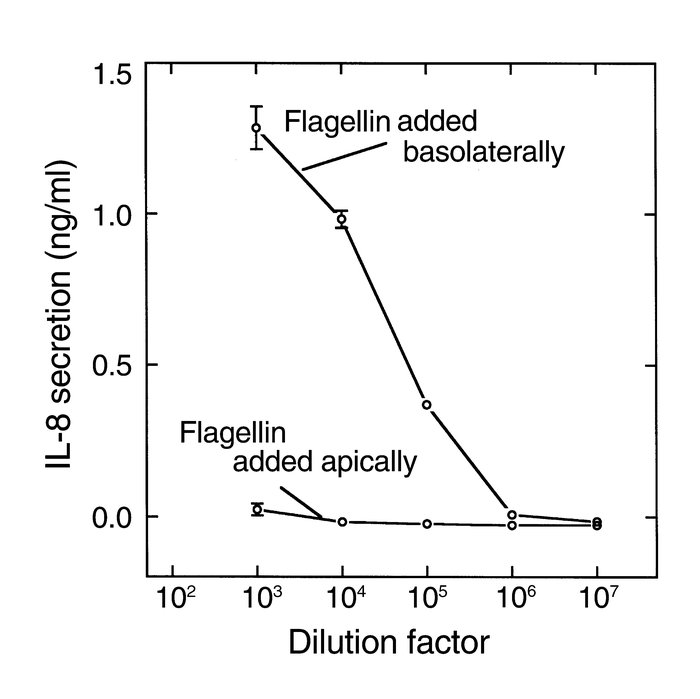 Basolateral flagellin, but not apical flagellin, induces IL-8 secretion. Flagellin was isolated from supernatant as described in Methods, diluted as indicated, and added to the indicated reservoir of model epithelia, and IL-8 secretion was measured 5 hours later.