Adaptive vascularization in the heart after loss of hemoglobin S-nitrosylation 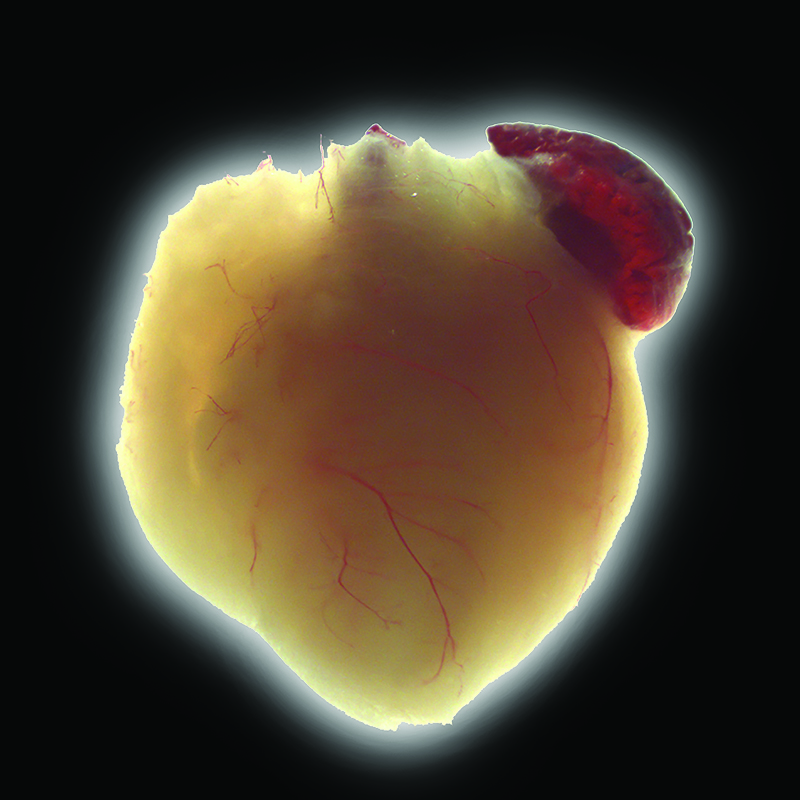 Signaling from red blood cells can induce vasodilation in response to local decreases in oxygenation. This signaling critically depends on the formation of S-nitrosohemoglobin via S-nitrosylation at residue Cys93 on the β-chain of hemoglobin. This week in the JCI, new work from Jonathan Stamler’s lab at Case Western Reserve University shows that S-nitrosylation plays a key role in protecting against ischemic cardiac injury and heart failure. Mice expressing a mutation in humanized hemoglobin that prevented S-nitrosylation (C93A mice) experienced worse cardiac necrosis and function after induced myocardial infarction compared to mice expressing normal humanized hemoglobin. Loss of S-nitrosylation also led to adaptive cardiac vascularization and collateralization that was associated with partial mitigation of ischemic injury.

In the accompanying image, representative angiography shows the collateralized circulation of the left coronary artery through the left ventricle in a C93A mouse.

Homeostatic control of tissue oxygenation is achieved largely through changes in blood flow that are regulated by the classic physiological response of hypoxic vasodilation. The role of nitric oxide (NO) in the control of blood flow is a central tenet of cardiovascular biology. However, extensive evidence now indicates that hypoxic vasodilation entails -nitrosothiol–based (SNO-based) vasoactivity (rather than NO per se) and that this activity is conveyed substantially by the βCys93 residue in hemoglobin. Thus, tissue oxygenation in the respiratory cycle is dependent on -nitrosohemoglobin. This perspective predicts that red blood cells (RBCs) may play an important but previously undescribed role in cardioprotection. Here, we have found that cardiac injury and mortality in models of myocardial infarction and heart failure were greatly enhanced in mice lacking βCys93 -nitrosylation. In addition, βCys93 mutant mice exhibited adaptive collateralization of cardiac vasculature that mitigated ischemic injury and predicted outcomes after myocardial infarction. Enhanced myopathic injury and mortality across different etiologies in the absence of βCys93 confirm the central cardiovascular role of RBC-derived SNO-based vasoactivity and point to a potential locus of therapeutic intervention. Our findings also suggest the possibility that RBCs may play a previously unappreciated role in heart disease.