An interview with Lilu Guo and Zhongyi Chen 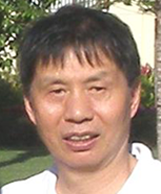 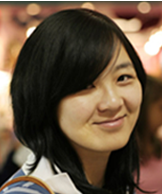 In the August 2014 issue of the JCI, Chen et al. report that engineered bacteria can alter the gut microbiota and inhibit weight gain in a mouse model of obesity. The research team designed bacteria to produce a satiety factor known as N-acylphosphatidylethanolamine (NAPE), which is metabolized by the body into N-acylethanolamide (NAE). NAPE/NAE are normally produced in response to feeding and trigger the responses to reduce food intake and obesity. This work adds a novel means of treating chronic metabolic diseases such as obesity by introducing bacteria into the GI microbiota that trigger the normal human response to reduce food intake and weight gain at an earlier time frame and with greater sensitivity. We talked with the lead authors, Zhongyi Chen and Lilu Guo, about their work.

What were your respective roles in this research project?

Lilu Guo: I started on the project shortly after Dr. Davies had conceived the concept that received the NIH Director’s New Innovator Award grant. My first role was to characterize the lipid species made by the bacteria and check that we were getting good production of NAPE in various batches of the bacteria. Then I focused on developing and utilizing an LC/MS assay that we could use to monitor the lipid species and their metabolites in the mice under treatment in vivo. Then as the project moved along, I also helped with the characterization of mice, such as monitoring food intake, body weight, body composition, etc.

What motivated you to pursue this research?

Guo: As a chemist by training, I was always fascinated by how novel therapeutics could impact our everyday life. Back in 2008, Dr. Gerry Shulman’s lab at Yale reported that a specific group of phospholipids, NAPE, had anorexic effects in animal models (1). We were already trying to deliver other compounds using genetically modified bacteria, so based on these findings, we felt that if we could deliver NAPE continuously using the genetically modified probiotic bacteria, it would be an alternative strategy for the treatment of obesity.

What were your initial expectations when you began this research?

Guo: From the beginning, we thought that if we could somehow get enough NAPE absorbed, it would have acute anorexic effect; but we didn’t know if the bacteria could really make and deliver enough NAPE or how long the bacteria could do this on their own without having to give more bacteria. The question was how to get a chronic treatment effect without using a chronic treatment paradigm. So we thought that the bacteria might be able to do this, but we really didn’t know how well or how long.

Chen: In Shulman’s 2008 paper (1), this compound had been injected into the mouse and shown to reduce food intake and the body weight. So we thought if the bacteria could deliver the compound to the GI tract, then wouldn’t we get same effect, but maybe for a lot longer? At first, we didn’t know if it would work, and if it did, if it would work the same way that endogenous NAPE seems to work. The literature suggested that NAPE or NAE worked via the PPARα receptor, by release of GLP-1 and induction of the GLP-1 receptor, but we also thought it might be through a change in the GI bacteria. We found that this compound can change the metabolism in the liver. But we still wonder if it also causes long-term changes in the brain or central nervous system.

What did you see as the potential impact of your research?

Guo: Our findings suggested a feasible strategy to inhibit obesity by modifying the gut microbiota. The main advantage of our strategy over present treatments is that it does not require long-term medication or diet change, which are oftentimes ineffective due to poor compliance by the patients. The idea was to seed the genetically engineered, NAPE-producing bacteria into the system so they can repopulate the gut microbiota. We demonstrated proof of concept in mice. If it works similarly in humans, as we expect, this will essentially be a short-term administration of a “drug” that will provide long-term treatment for the patients.

What were the biggest challenges that you faced?

Guo: I think one difficulty we had in the project was to determine the best way to deliver the bacteria into the gut microbiota and get them to stay colonized. We initially tried oral gavage of the bacteria into the animal, but we worried that repeatedly doing this invasive procedure might really stress the mice and confound our results. So we decided to deliver the bacteria via the drinking water, making it more efficient and easier for the animal to take the drug.

Chen: So another challenge was picking the appropriate bacterial strain to modify, so that we could express our gene, but the bacteria would not have the potential to become pathogenic in some way. We had started out trying to use Lactobacillus, but it was very difficult to transfer the plasmid in this bacterium, it didn’t express NAPE very well, and didn’t colonize that well, so that was not very successful. So we eventually tried E. coli Nissle 1917, which had already been used in Europe and the United States to treat patients with diarrhea. But we still need to further modify the bacteria to be able to use it in human clinical trials.

What do you see or plan as future research directions from this work?

Guo: We still want to better understand whether the anorexic effects we observed were directly from NAPE or whether it’s entirely due to the metabolite, NAE. To address this question, we are currently examining the effects of the bacteria that coexpress NAPE synthase and the NAPE-metabolizing enzyme NAPE-PLD. We are also looking at NAPE-PLD knockout animals to see if the mouse’s own NAPE-PLD is required for the effects of pNAPE-EcN. We also want to understand if these bacteria can cause weight loss in mice that are already obese or can prevent rebound weight gain in animals that were obese and then lost weight and fat due to mild caloric restriction (similar to humans going on a diet). Of course, we really want to see if this will work in humans. We think that to be able to get approval to do such human trials, we will need to further modify the bacteria, so they can’t easily spread from the treated individual to others. I am working on that.

Chen: The first question we want to address is whether the effect is the result of signaling by NAPE or by NAE. Another thing we want to do is transfer the NAPE acyltransferase gene into the Nissle 1917 genome instead of just using a plasmid, because we know that the plasmid is kicked out over time. Another question that I think about is whether this method can be used for other diseases such as diabetes or cardiovascular diseases.

Guo: Our findings have suggested that modifying the gut microbiota could be used as a treatment for obesity. But in theory, this strategy can also be applied to any other long-term metabolic disorder, provided that we can biosynthesize the candidate drug molecule. So with regard to our future directions, we will look into other drug molecules that can be delivered by bacteria into the gut microbiota as potential treatments for chronic metabolic disorders.

If you were starting this project all over again, what things would you do differently?

Guo: In our first iteration of the NAPE-expressing E. coli, we were just using a lab strain of E. coli that we got from our collaborator, and that expression plasmid couldn’t be used in wild-type E. coli like E. coli Nissle 1917 or for long-term expression of NAPE without induction. So after initial animal experiments, we had to go back and re-engineer the plasmid to do the long-term experiments. If we were doing it again, we probably would have done this optimization initially before starting any of the animal experiment.

What do you feel contributed most to your successful project here?

Guo: When I first started on this project, coming from chemistry background, I had little idea how to use probiotic bacteria to secrete a drug molecule. So it was quite a learning experience for me. I think the most important thing is to think big and to work hard. There were a lot of question marks and unknowns in the design phase, but as we learned about it and delved into the data interpretation, we became more and more confident that this idea would work. So, my experience is just to believe in what you are working on, putting in your time and effort, and later you will be rewarded.

Chen: Cooperation is very important. We collaborated a lot with Kevin Niswender’s group here at Vanderbilt, because of their work with metabolism and energy regulation, and also with Owen McGuinness and Vanderbilt’s Mouse Metabolic Phenotyping Center. We also had help from a number of groups outside Vanderbilt, like Denis Coulon, who had cloned the NAPE acyltransferase from Arabidopsis; and Rosemary Walzem, who did the analysis of the gut microbiota. Within our group, I had experience in animal studies but little knowledge about biochemistry, but Lilu and Dr. Davies had a very strong biochemistry background.

About the first authors

Zhongyi Chen, M.D., Ph.D., is a research assistant in Dr. Sean Davies’ laboratory at the Vanderbilt University School of Medicine. He received his M.D. from Yichang Medical College and a Ph.D. in immunology from Nanjing Medical University. His research expertise is in small animal handling and surgery.

Lilu Guo, M.D., is a postdoctoral research fellow in Dr. Davies’ laboratory at Vanderbilt. She received her Ph.D. in chemistry from the University of Montana. Her research expertise is in lipid biochemistry and mass spectroscopy analysis.

Metabolic disorders, including obesity, diabetes, and cardiovascular disease, are widespread in Westernized nations. Gut microbiota composition is a contributing factor to the susceptibility of an individual to the development of these disorders; therefore, altering a person’s microbiota may ameliorate disease. One potential microbiome-altering strategy is the incorporation of modified bacteria that express therapeutic factors into the gut microbiota. For example, -acylphosphatidylethanolamines (NAPEs) are precursors to the -acylethanolamide (NAE) family of lipids, which are synthesized in the small intestine in response to feeding and reduce food intake and obesity. Here, we demonstrated that administration of engineered NAPE-expressing Nissle 1917 bacteria in drinking water for 8 weeks reduced the levels of obesity in mice fed a high-fat diet. Mice that received modified bacteria had dramatically lower food intake, adiposity, insulin resistance, and hepatosteatosis compared with mice receiving standard water or control bacteria. The protective effects conferred by NAPE-expressing bacteria persisted for at least 4 weeks after their removal from the drinking water. Moreover, administration of NAPE-expressing bacteria to TallyHo mice, a polygenic mouse model of obesity, inhibited weight gain. Our results demonstrate that incorporation of appropriately modified bacteria into the gut microbiota has potential as an effective strategy to inhibit the development of metabolic disorders.