Therapeutic efficacy of NRP1-interfering molecules in combination with BRAF-, HER2-, or Met-targeted inhibitors. 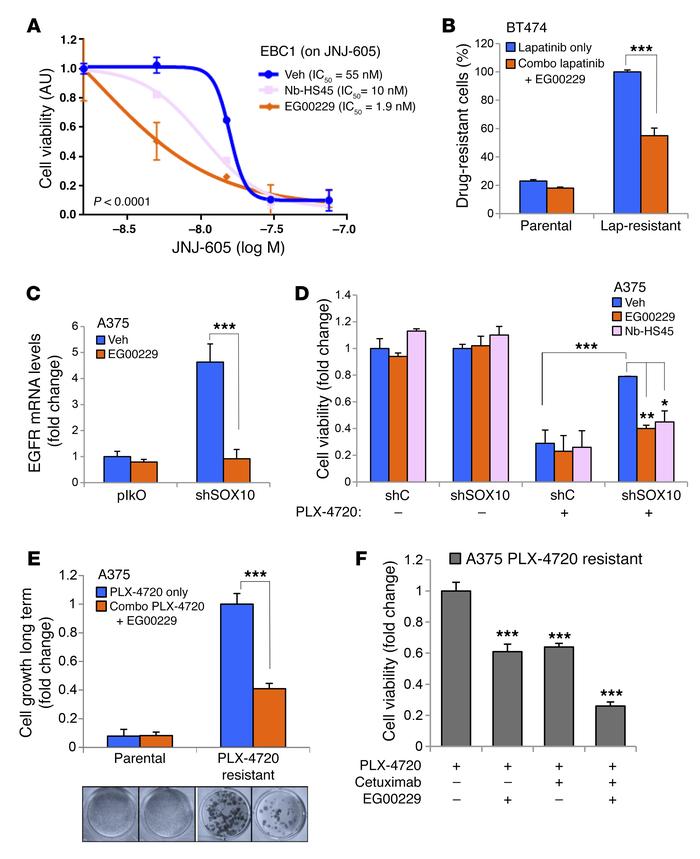