Endothelial cell receptors for the angiostatic chemokines IFN-γ–inducible protein of 10 kDa (IP-10) and monokine induced by IFN-γ (Mig) have not yet been identified, and the mechanisms responsible for the effects of these chemokines on angiogenesis are still unclear. IP-10 and Mig share a common functional receptor on activated T lymphocytes, named CXC chemokine receptor 3 (CXCR3). Using in situ hybridization and immunohistochemistry, we show that CXCR3 is expressed by a small percentage of microvascular endothelial cells in several human normal and pathological tissues. Primary cultures of human microvascular endothelial cells (HMVECs) likewise express CXCR3, although this expression is limited to the S/G2-M phase of their cell cycle. Both IP-10 and Mig, as well as the IFN-γ–inducible T-cell α chemoattractant (I-TAC), which all share high-affinity binding for CXCR3, block HMVEC proliferation in vitro, an effect that can be inhibited by an anti-CXCR3 antibody. These data provide definitive evidence of CXCR3 expression by HMVEC and open new avenues for therapeutic interventions in all conditions in which an angiostatic effect may be beneficial. 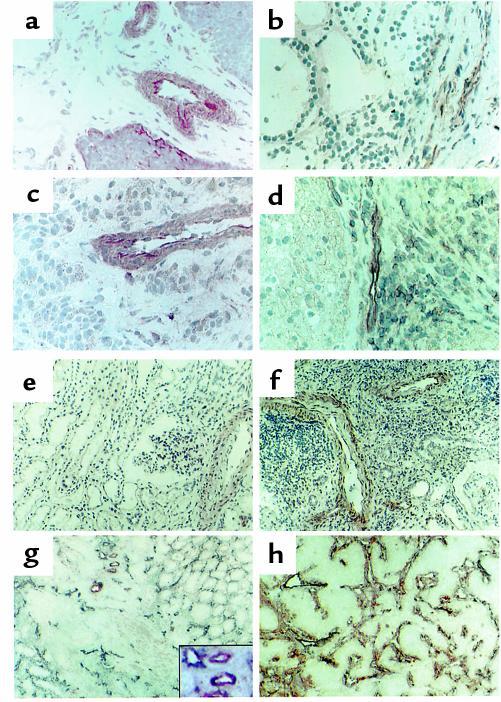