After traumatic brain injury (TBI), glial cells have both beneficial and deleterious roles in injury progression and recovery. However, few studies have examined the influence of reactive astrocytes in the tripartite synapse following TBI. Here, we have demonstrated that hippocampal synaptic damage caused by controlled cortical impact (CCI) injury in mice results in a switch from neuronal to astrocytic d-serine release. Under nonpathological conditions, d-serine functions as a neurotransmitter and coagonist for NMDA receptors and is involved in mediating synaptic plasticity. The phasic release of neuronal d-serine is important in maintaining synaptic function, and deficiencies lead to reductions in synaptic function and plasticity. Following CCI injury, hippocampal neurons downregulated d-serine levels, while astrocytes enhanced production and release of d-serine. We further determined that this switch in the cellular source of d-serine, together with the release of basal levels of glutamate, contributes to synaptic damage and dysfunction. Astrocyte-specific elimination of the astrocytic d-serine–synthesizing enzyme serine racemase after CCI injury improved synaptic plasticity, brain oscillations, and learning behavior. We conclude that the enhanced tonic release of d-serine from astrocytes after TBI underlies much of the synaptic damage associated with brain injury. 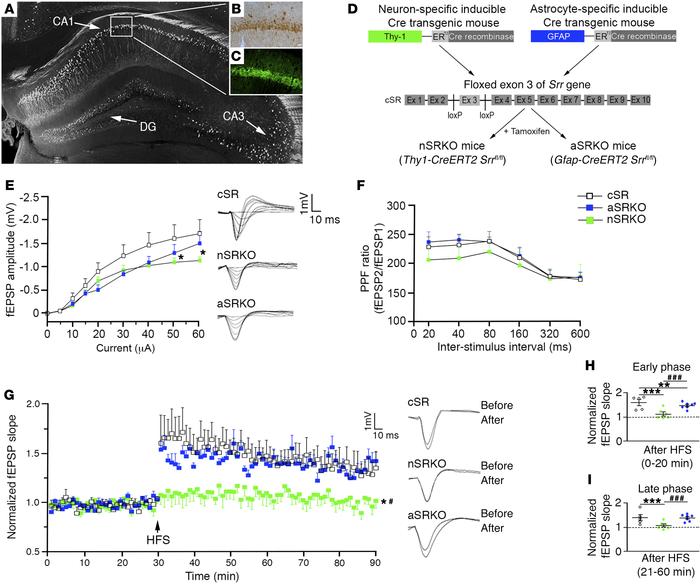