Sex, emotion, and reproduction are fundamental and tightly entwined aspects of human behavior. At a population level in humans, both the desire for sexual stimulation and the desire to bond with a partner are important precursors to reproduction. However, the relationships between these processes are incompletely understood. The limbic brain system has key roles in sexual and emotional behaviors, and is a likely candidate system for the integration of behavior with the hormonal reproductive axis. We investigated the effects of kisspeptin, a recently identified key reproductive hormone, on limbic brain activity and behavior.

Using a combination of functional neuroimaging and hormonal and psychometric analyses, we compared the effects of kisspeptin versus vehicle administration in 29 healthy heterosexual young men.

Collectively, our data provide evidence of an undescribed role for kisspeptin in integrating sexual and emotional brain processing with reproduction in humans. These results have important implications for our understanding of reproductive biology and are highly relevant to the current pharmacological development of kisspeptin as a potential therapeutic agent for patients with common disorders of reproductive function.

Negative images, effects of kisspeptin on brain activity, and mood. 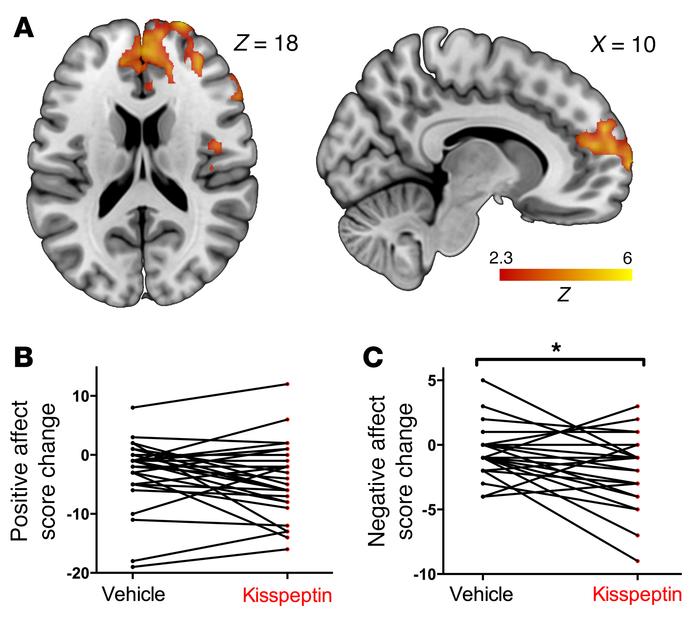