Gsα, encoded by , mediates hormone and neurotransmitter receptor–stimulated cAMP generation. Heterozygous Gsα-inactivating mutations lead to obesity in Albright hereditary osteodystrophy (AHO) patients, but only when the mutations occur on the maternal allele. This parent-of-origin effect is due to Gsα imprinting in the CNS, although the relevant CNS regions are unknown. We have now shown that mice with a gene deletion disrupting Gsα expression on the maternal allele, but not the paternal allele, in the dorsomedial nucleus of the hypothalamus (DMH) developed obesity and reduced energy expenditure without hyperphagia. Although maternal deletion impaired activation of brown adipose tissue (BAT) in mice, their responses to cold environment remained intact. Similar findings were observed in mice with DMH-specific deficiency of melanocortin MC4R receptors, which are known to activate Gsα. Our results show that Gsα imprinting in the DMH underlies the parent-of-origin metabolic phenotype that results from Gsα mutations and that DMH MC4R/Gsα signaling is important for regulation of energy expenditure and BAT activation, but not the metabolic response to cold.

Gsα is imprinted in the DMH. 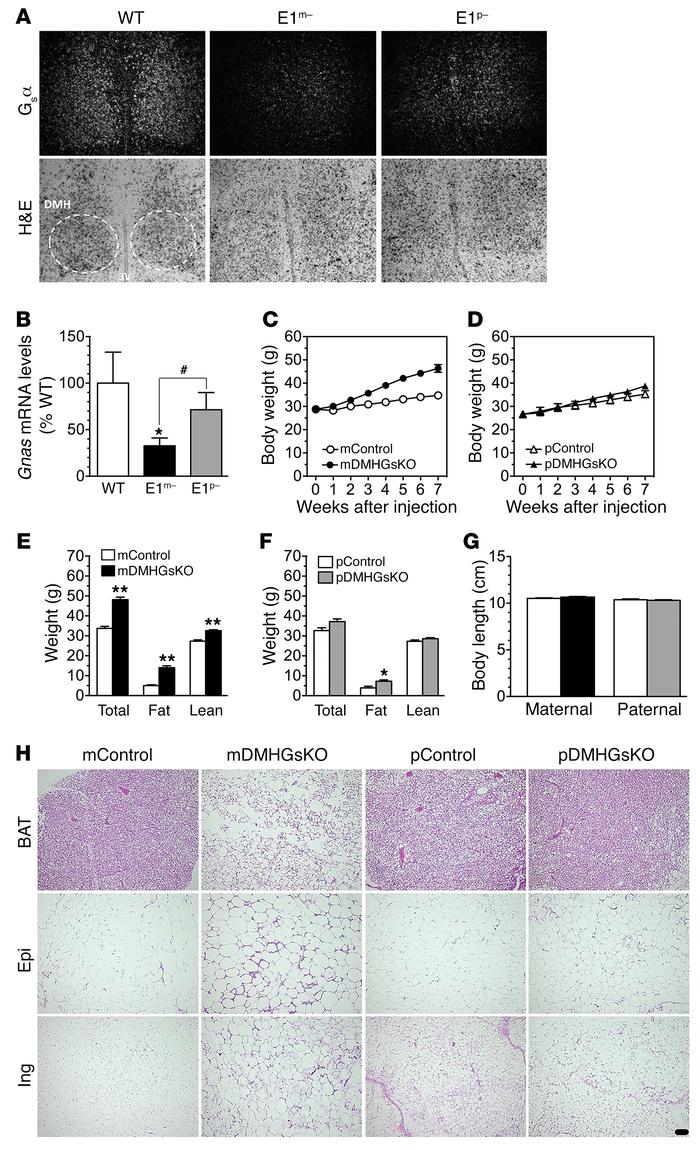