The chronic inflammatory state that accompanies obesity is a major contributor to insulin resistance and other dysfunctional adaptations in adipose tissue. Cellular and secreted factors promote the inflammatory milieu of obesity, but the transcriptional pathways that drive these processes are not well described. Although the canonical inflammatory transcription factor NF-κB is considered to be the major driver of adipocyte inflammation, members of the interferon regulatory factor (IRF) family may also play a role in this process. Here, we determined that IRF3 expression is upregulated in the adipocytes of obese mice and humans. Signaling through TLR3 and TLR4, which lie upstream of IRF3, induced insulin resistance in murine adipocytes, while IRF3 knockdown prevented insulin resistance. Furthermore, improved insulin sensitivity in IRF3-deficient mice was associated with reductions in intra-adipose and systemic inflammation in the high fat–fed state, enhanced browning of subcutaneous fat, and increased adipose expression of GLUT4. Taken together, the data indicate that IRF3 is a major transcriptional regulator of adipose inflammation and is involved in maintaining systemic glucose and energy homeostasis. 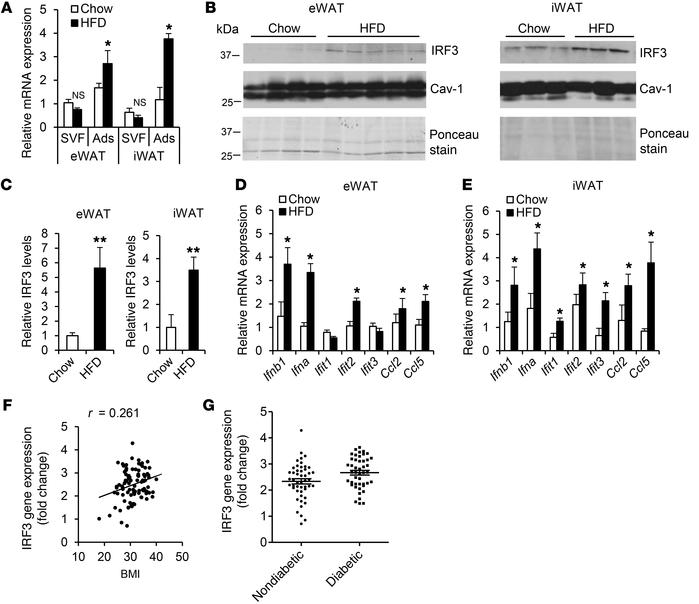