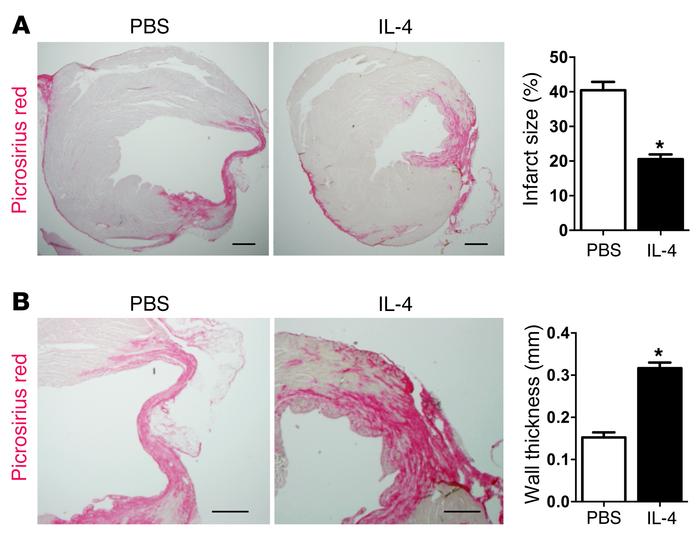 Picrosirius red staining of day-28 post-MI heart samples indicated that the infarct size was reduced () and the thickness of the walls of the infarct area was increased () in the IL-4–treated group compared with the PBS–treated group. Scale bars: 1 mm. = 6 in each group. * < 0.05 versus the PBS-treated group, 2-tailed, unpaired Student’s test.