Depletion of the post-MI increase in M2-like macrophages in mice resulted in a critically deteriorated prognosis. 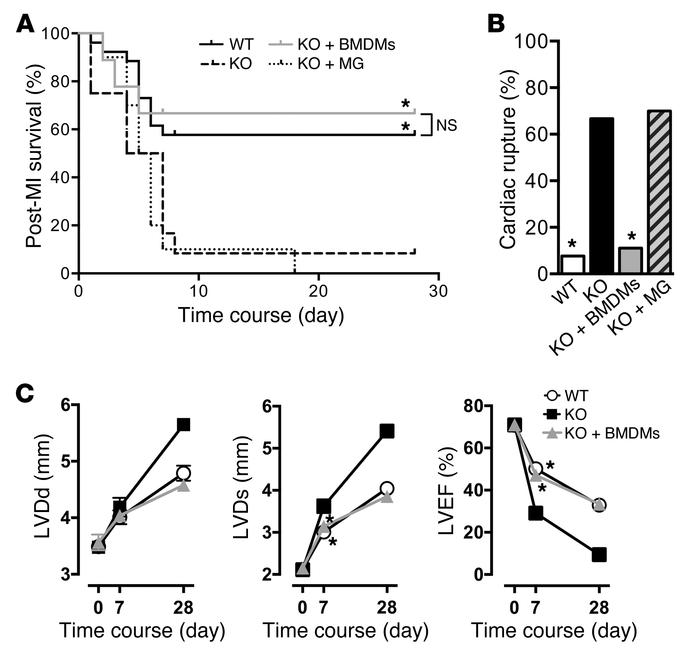