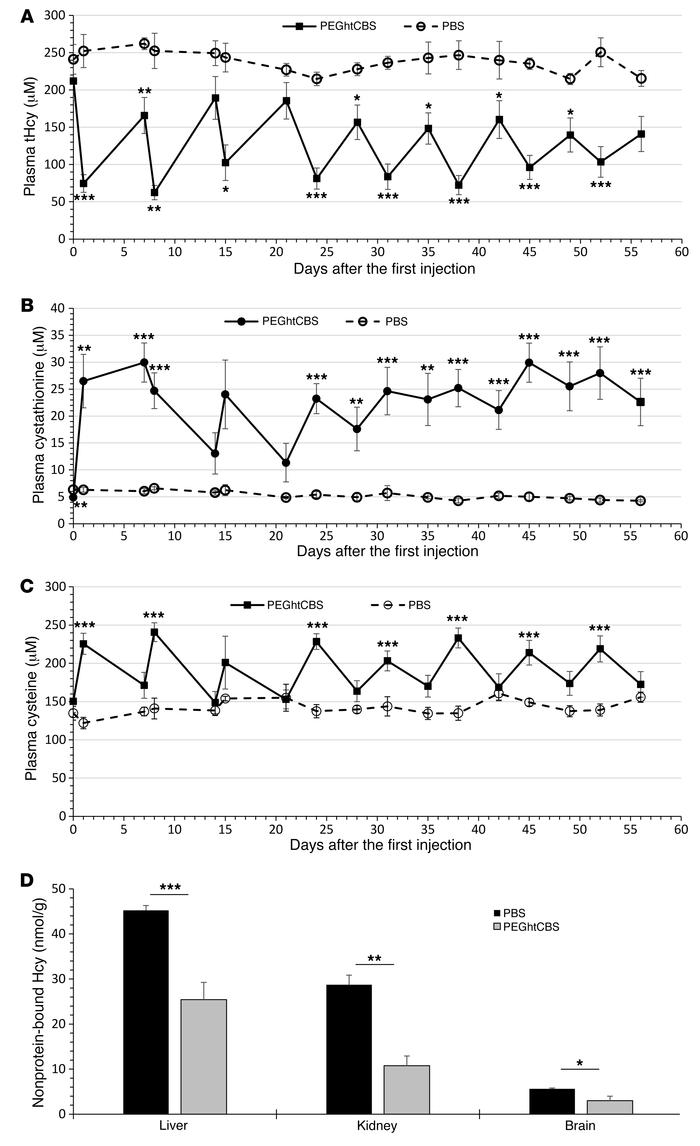 (–) tHcy, cystathionine, and cysteine plasma levels in HO mice that were injected with 7.5 mg/kg BW of PEGhtCBS ( = 8) or PBS ( = 4) twice per week (Monday and Thursday) for the first 2 weeks and 3 times per week (Monday, Wednesday, and Friday) for an additional 6 weeks. Values indicate plasma levels 24 hours (Tuesdays) and 72 hours (Mondays) after injection. () Levels of nonprotein-bound homocysteine (Hcy) in liver, kidney, and brain tissues harvested from the long-term–injected animals. Data are presented as the mean ± SEM, and each time point is compared between the 2 groups using an unpaired Student’s test. * ≤ 0.05, ** ≤ 0.01, and *** ≤ 0.001.