Truncated netrin-1 is highly expressed in early phases of diabetes in a mouse STZ model. 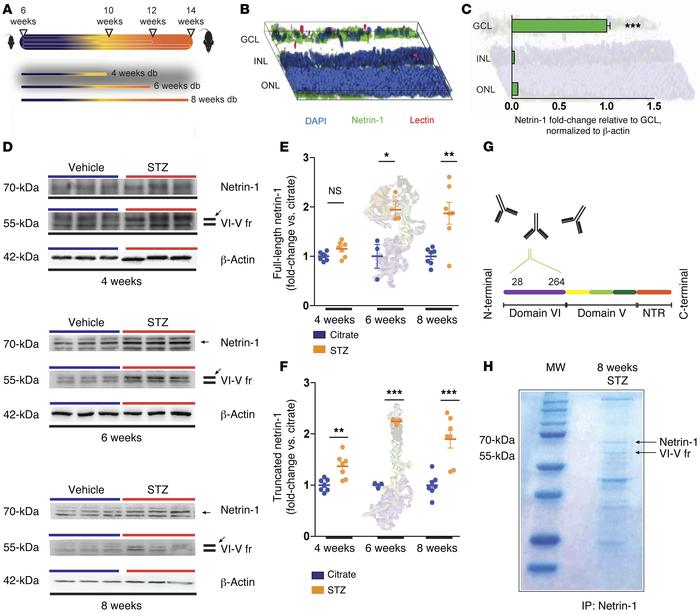