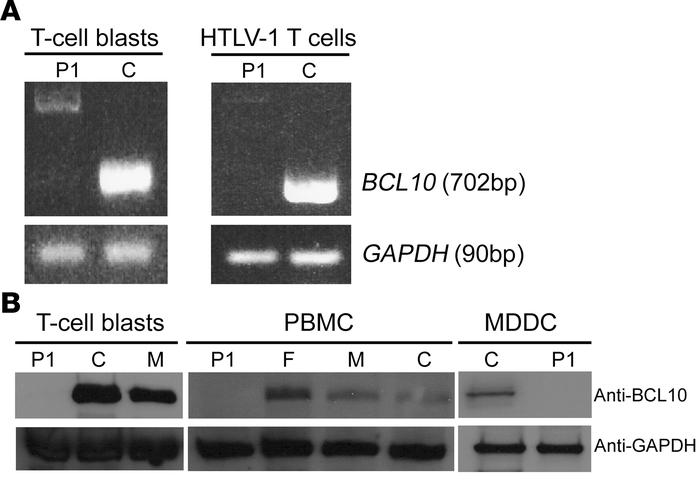 () mRNA levels in T cell blasts and HTLV-1 T cells from P1 and a control. was used as the internal control. The panels illustrate results from a single experiment, representative of 3. () Immunoblot analysis of BCL10 protein in T cell blasts, PBMCs, and MDDCs from P1, a control, and the father and mother of P1. GAPDH was used as a loading control. The GAPDH immunoblot for the T cell blasts panel was performed with parallel samples run on a separate gel. The MDCC control shown is representative of the 3 controls analyzed. Shown are results from a single representative experiment of 3 performed.