Rhizomelic chondrodysplasia punctata (RCDP) is a developmental disorder characterized by hypotonia, cataracts, abnormal ossification, impaired motor development, and intellectual disability. The underlying etiology of RCDP is a deficiency in the biosynthesis of ether phospholipids, of which plasmalogens are the most abundant form in nervous tissue and myelin; however, the role of plasmalogens in the peripheral nervous system is poorly defined. Here, we used mouse models of RCDP and analyzed the consequence of plasmalogen deficiency in peripheral nerves. We determined that plasmalogens are crucial for Schwann cell development and differentiation and that plasmalogen defects impaired radial sorting, myelination, and myelin structure. Plasmalogen insufficiency resulted in defective protein kinase B (AKT) phosphorylation and subsequent signaling, causing overt activation of glycogen synthase kinase 3β (GSK3β) in nerves of mutant mice. Treatment with GSK3β inhibitors, lithium, or 4-benzyl-2-methyl-1,2,4-thiadiazolidine-3,5-dione (TDZD-8) restored Schwann cell defects, effectively bypassing plasmalogen deficiency. Our results demonstrate the requirement of plasmalogens for the correct and timely differentiation of Schwann cells and for the process of myelination. In addition, these studies identify a mechanism by which the lack of a membrane phospholipid causes neuropathology, implicating plasmalogens as regulators of membrane and cell signaling. 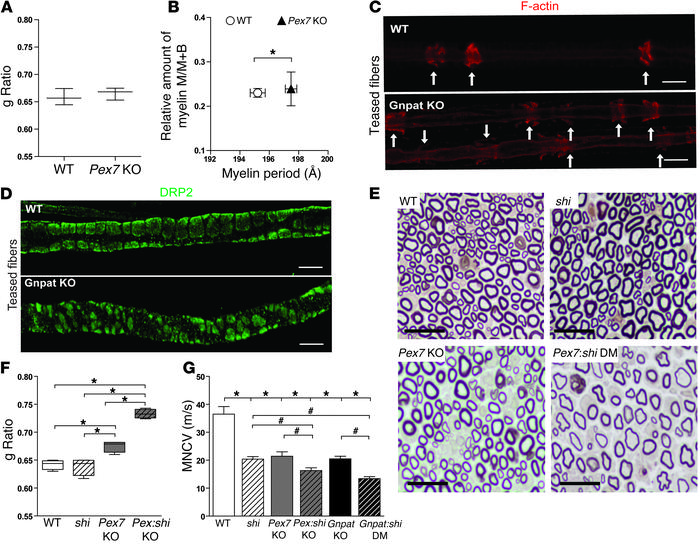