Successful host defense against numerous pulmonary infections depends on bacterial clearance by polymorphonuclear leukocytes (PMNs); however, excessive PMN accumulation can result in life-threatening lung injury. Local expression of CXC chemokines is critical for PMN recruitment. The impact of chemokine-dependent PMN recruitment during pulmonary infection is not fully understood. Here, we analyzed expression of genes encoding CXC chemokines in –infected murine lung tissue and found that infection promotes upregulation of and its ligand . To determine the contribution of CXCL5 in pulmonary PMN recruitment, we generated mice and analyzed their immune response against . Both mice and mice, which are deficient for only one of numerous CXCR2 ligands, exhibited enhanced survival compared with that of WT mice following high-dose infection. The resistance of mice to infection was not due to heightened clearance but was the result of impaired PMN recruitment, which reduced pulmonary inflammation. Lung epithelial cells were the main source of CXCL5 upon infection, and secretion of CXCL5 was reduced by blocking TLR2 signaling. Together, our data indicate that TLR2-induced epithelial-derived CXCL5 is critical for PMN-driven destructive inflammation in pulmonary tuberculosis. 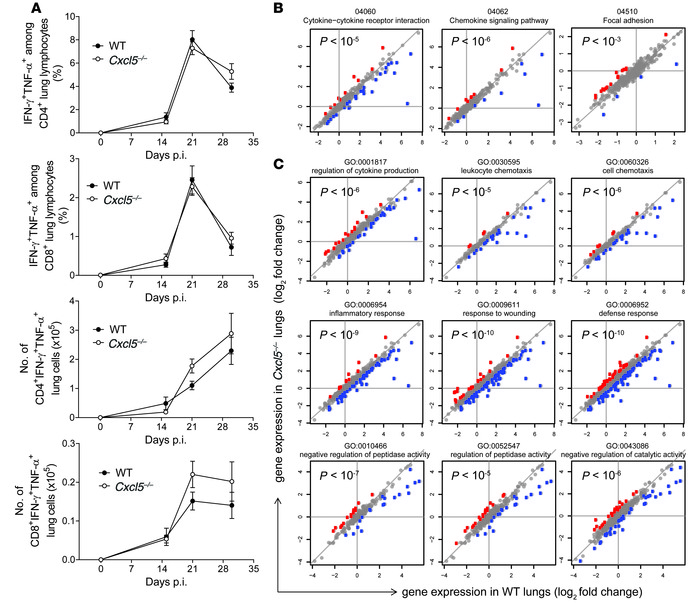