Lymphatic anomalies include a variety of developmental and/or functional defects affecting the lymphatic vessels: sporadic and familial forms of primary lymphedema, secondary lymphedema, chylothorax and chylous ascites, lymphatic malformations, and overgrowth syndromes with a lymphatic component. Germline mutations have been identified in at least 20 genes that encode proteins acting around VEGFR-3 signaling but also downstream of other tyrosine kinase receptors. These mutations exert their effects via the RAS/MAPK and the PI3K/AKT pathways and explain more than a quarter of the incidence of primary lymphedema, mostly of inherited forms. More common forms may also result from multigenic effects or post-zygotic mutations. Most of the corresponding murine knockouts are homozygous lethal, while heterozygotes are healthy, which suggests differences in human and murine physiology and the influence of other factors.

Schematic view of a lymphatic endothelial cell and valve. 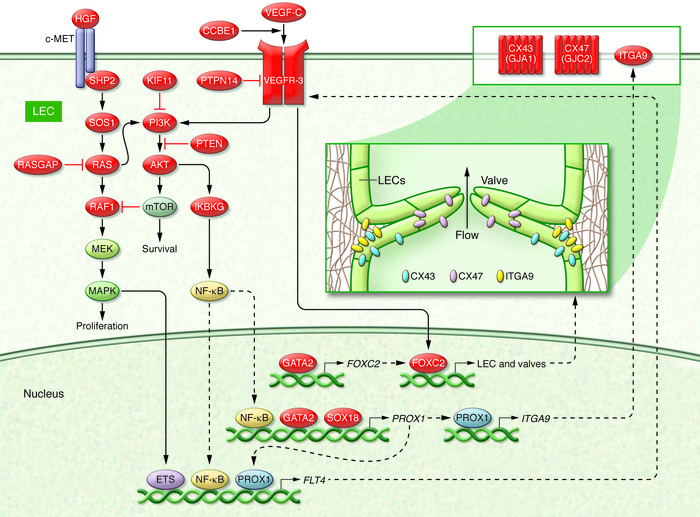