β-Catenin is a downstream target of UBA1 and accumulates in SMA. 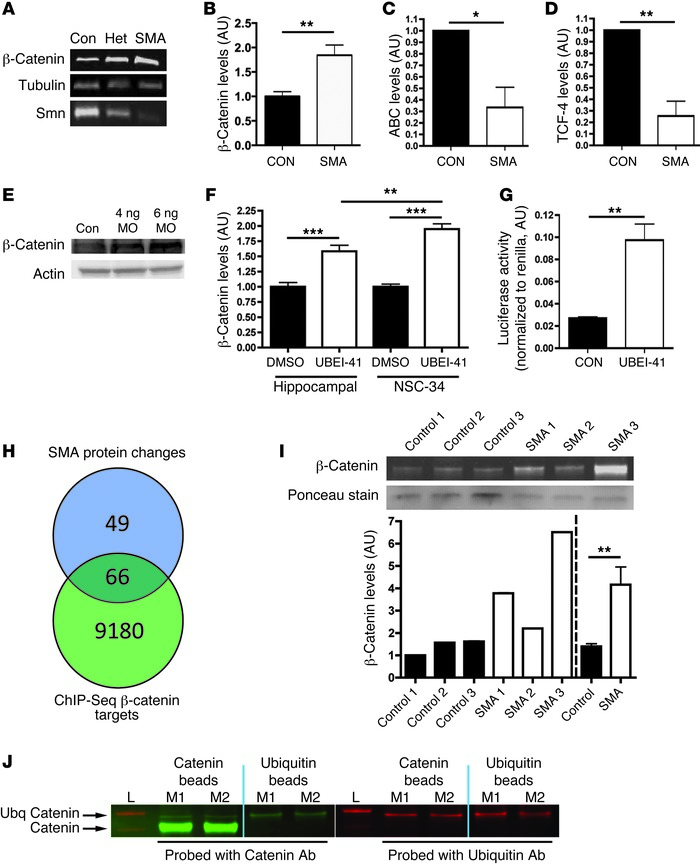