Mice deficient in Schnurri-3 (SHN3; also known as HIVEP3) display increased bone formation, but harnessing this observation for therapeutic benefit requires an improved understanding of how SHN3 functions in osteoblasts. Here we identified SHN3 as a dampener of ERK activity that functions in part downstream of WNT signaling in osteoblasts. A D-domain motif within SHN3 mediated the interaction with and inhibition of ERK activity and osteoblast differentiation, and knockin of a mutation in that abolishes this interaction resulted in aberrant ERK activation and consequent osteoblast hyperactivity in vivo. Additionally, in vivo genetic interaction studies demonstrated that crossing to mice partially rescued the osteosclerotic phenotype of mice; mechanistically, this corresponded to the ability of SHN3 to inhibit ERK-mediated suppression of GSK3β. Inducible knockdown of in adult mice resulted in a high–bone mass phenotype, providing evidence that transient blockade of these pathways in adults holds promise as a therapy for osteoporosis.

Screening for functional motifs in SHN3. 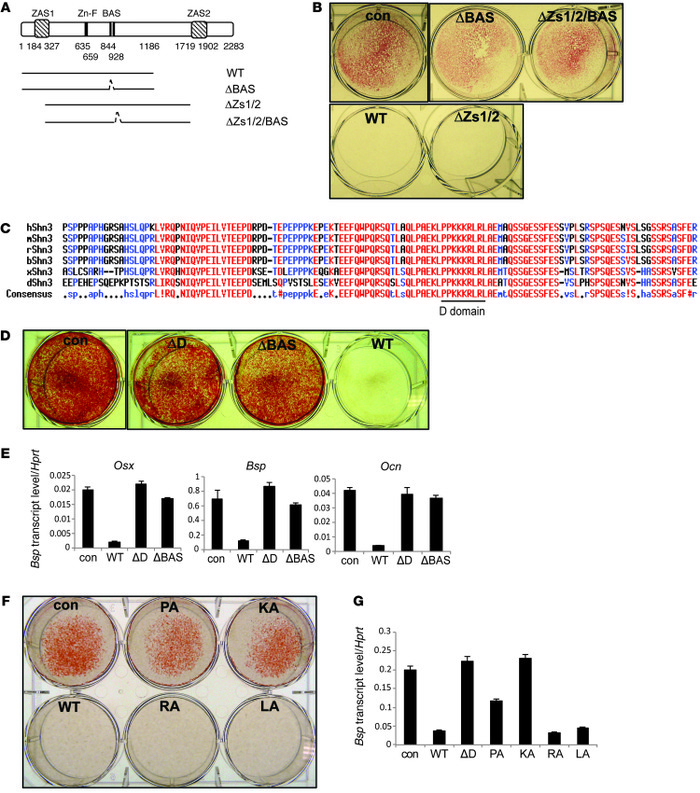