The HELLP syndrome is a pregnancy-associated disease inducing hemolysis, elevated liver enzymes, and low platelets in the mother. Although the HELLP symptoms occur in the third trimester in the mother, the origin of the disease can be found in the first trimester fetal placenta. A locus for the HELLP syndrome is present on chromosome 12q23 near PAH. Here, by multipoint nonparametric linkage, pedigree structure allele sharing, and haplotype association analysis of affected sisters and cousins, we demonstrate that the HELLP locus is in an intergenic region on 12q23.2 between PMCH and IGF1. We identified a novel long intergenic noncoding RNA (lincRNA) transcript of 205,012 bases with (peri)nuclear expression in the extravillous trophoblast using strand-specific RT-PCR complemented with RACE and FISH. siRNA-mediated knockdown followed by RNA-sequencing, revealed that the HELLP lincRNA activated a large set of genes that are involved in the cell cycle. Furthermore, blocking potential mutation sites identified in HELLP families decreased the invasion capacity of extravillous trophoblasts. This is the first large noncoding gene to be linked to a Mendelian disorder with autosomal-recessive inheritance.

Identification of the HELLP locus on chromosome 12q23.2. 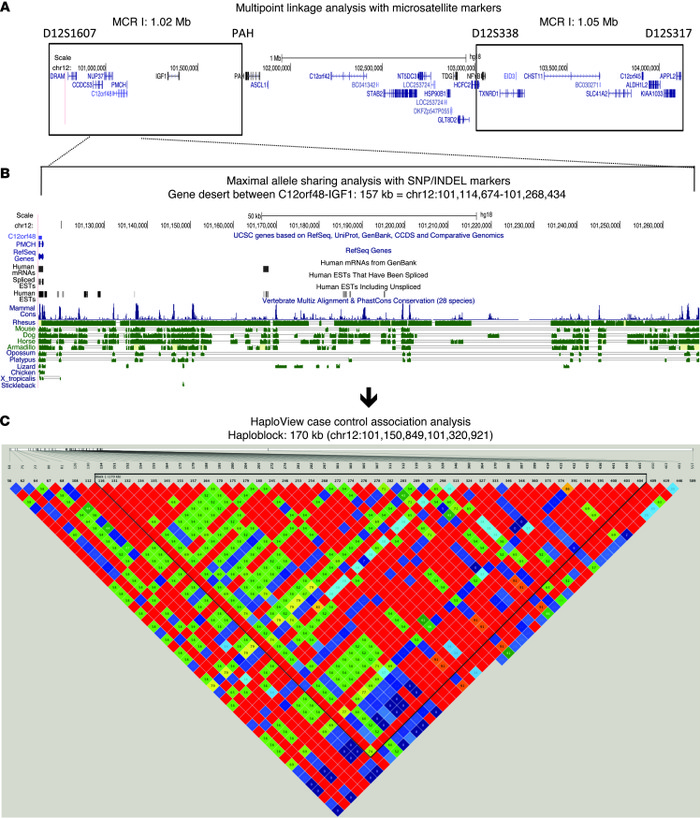