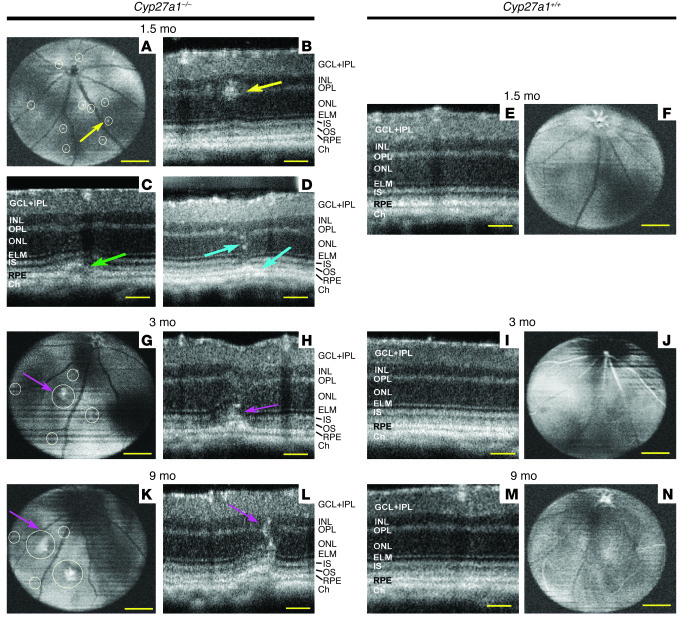 Representative OCT fundus depth images (50° field of view) at the OPL in (, , and ) and age- and sex-matched (, , and ) animals. Areas of pathology are circled, and those that were further examined by SD-OCT cross sections (, , and ) are marked with arrows; arrows of the same color indicate the same animal. Representative cross sections of the corresponding areas in animals (, , and ) are also shown. Labeling of retinal layers is based on hyper- and hyporeflective OCT bands. Scale bars: 300 μm (, , , , , and ); 60 μm (–, , , , and ).