Effect of reduced SF-1 activity in the VMH on glucose and insulin homeostasis. 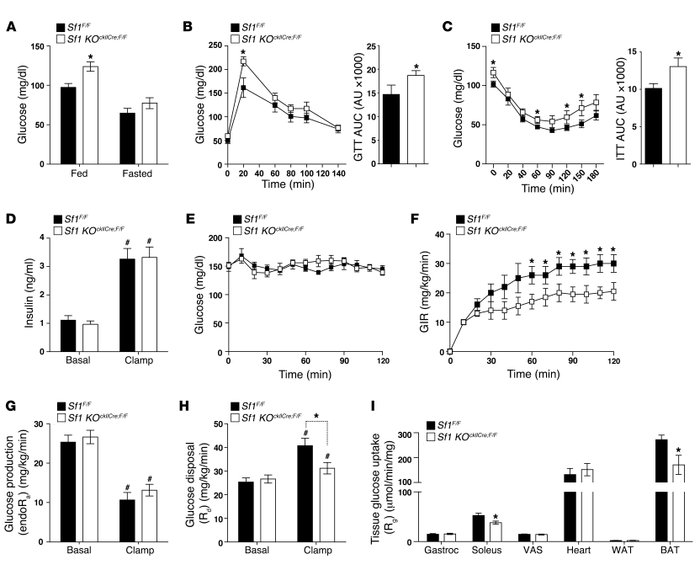