Glucose and insulin homeostasis in WT and mice. 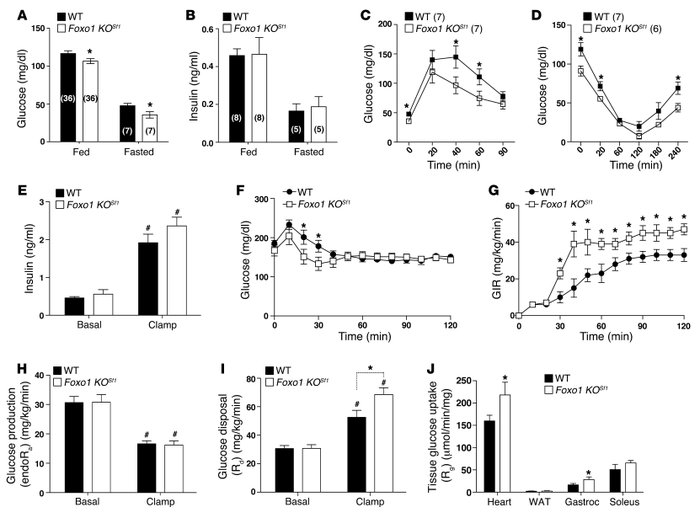