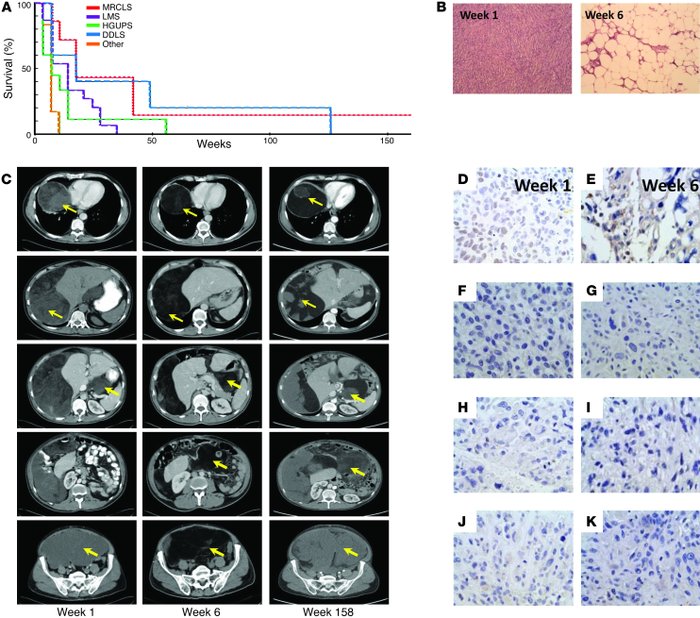 () Survival curve of ET-743–treated patients by major subtype. LMS, leiomyosarcoma; HGUPS, high-grade undifferentiated pleomorphic sarcoma; DDLS, dedifferentiated liposarcoma; Other, synovial sarcoma, osteosarcoma, or alveolar soft parts sarcoma (see Table ). = 0.0572, χ2 distribution, 4 degrees of freedom. () Histopathology of MRCLS patient 1 before (week 1) and after 2 rounds of (week 6) ET-743 treatment. Original magnification, ×100. () CT imaging of MRCLS patient 1 before and after ET-743, as well as 2 years after discontinuing ET-743 (week 158). ( and ) IHC of p53 in MRCLS patient 1 before () and after () ET-743 treatment. Mutational analysis revealed a TP53 mutation (exon 7, codon 225, Val>Ala), in this patient. (–) IHC of the 6 other MRCLS patients in our series, none of which displayed a mutation (Supplemental Table 2). Original magnification, ×200.