Coordinated translation initiation is coupled with cell cycle progression and cell growth, whereas excessive ribosome biogenesis and translation initiation often lead to tumor transformation and survival. Hepatocellular carcinoma (HCC) is among the most common and aggressive cancers worldwide and generally displays inherently high resistance to chemotherapeutic drugs. We found that RACK1, the receptor for activated C-kinase 1, was highly expressed in normal liver and frequently upregulated in HCC. Aberrant expression of RACK1 contributed to in vitro chemoresistance as well as in vivo tumor growth of HCC. These effects depended on ribosome localization of RACK1. Ribosomal RACK1 coupled with PKCβII to promote the phosphorylation of eukaryotic initiation factor 4E (eIF4E), which led to preferential translation of the potent factors involved in growth and survival. Inhibition of PKCβII or depletion of eIF4E abolished RACK1-mediated chemotherapy resistance of HCC in vitro. Our results imply that RACK1 may function as an internal factor involved in the growth and survival of HCC and suggest that targeting RACK1 may be an efficacious strategy for HCC treatment. 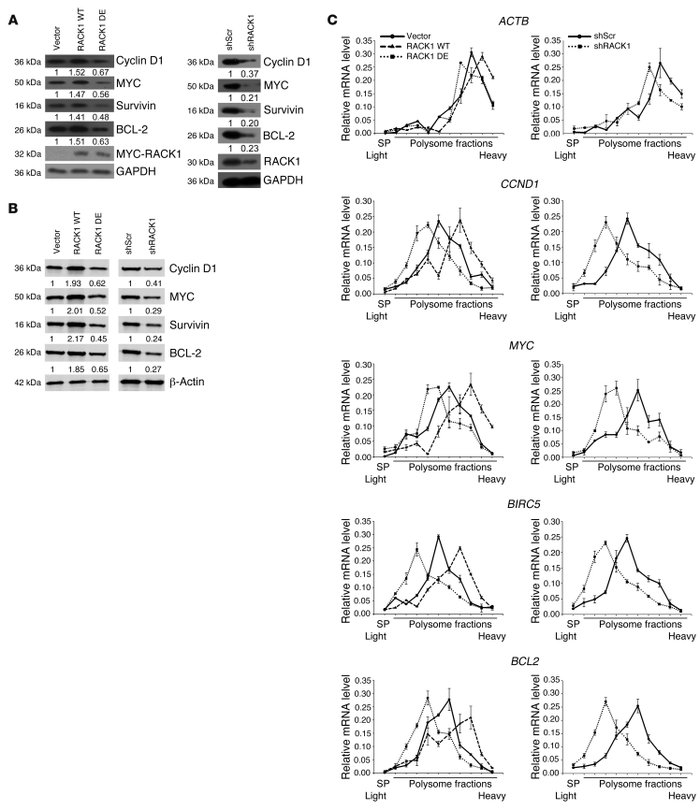