In Alzheimer disease (AD), the intracerebral accumulation of amyloid-β (Aβ) peptides is a critical yet poorly understood process. Aβ clearance via the blood-brain barrier is reduced by approximately 30% in AD patients, but the underlying mechanisms remain elusive. ABC transporters have been implicated in the regulation of Aβ levels in the brain. Using a mouse model of AD in which the animals were further genetically modified to lack specific ABC transporters, here we have shown that the transporter ABCC1 has an important role in cerebral Aβ clearance and accumulation. Deficiency of ABCC1 substantially increased cerebral Aβ levels without altering the expression of most enzymes that would favor the production of Aβ from the Aβ precursor protein. In contrast, activation of ABCC1 using thiethylperazine (a drug approved by the FDA to relieve nausea and vomiting) markedly reduced Aβ load in a mouse model of AD expressing ABCC1 but not in such mice lacking ABCC1. Thus, by altering the temporal aggregation profile of Aβ, pharmacological activation of ABC transporters could impede the neurodegenerative cascade that culminates in the dementia of AD. 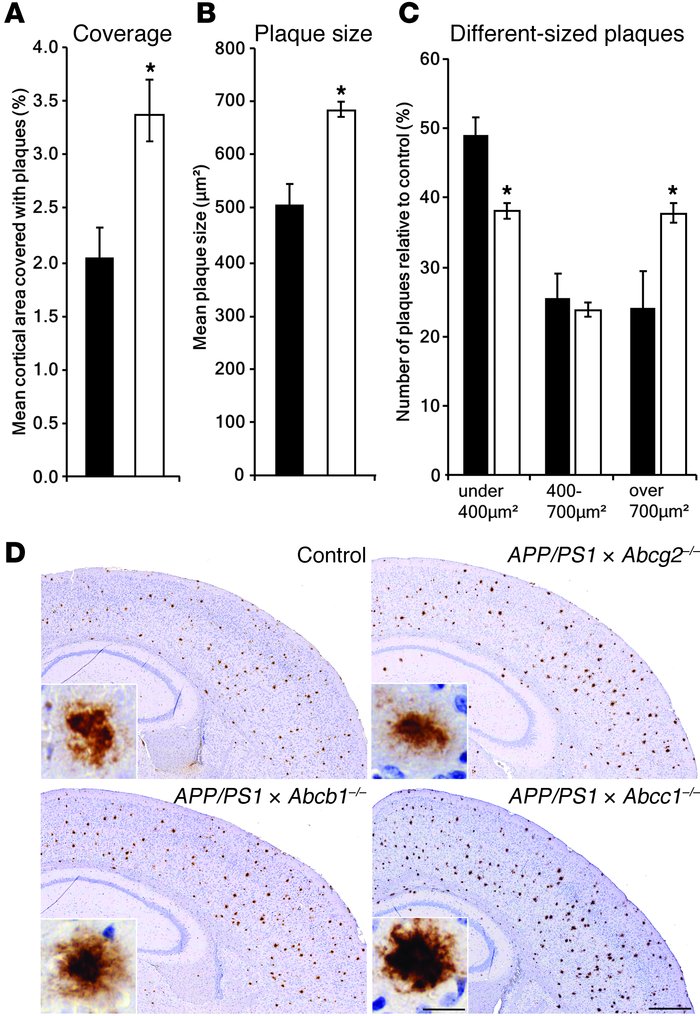