Heterologous expression of the cystic fibrosis transmembrane conductance regulator (CFTR) provided evidence that the major cystic fibrosis (CF) mutation ΔF508 leads to defective protein folding in the endoplasmic reticulum, which prevents its processing and targeting to the cell surface. In this study, we investigated endogenous CFTR expression in skin biopsies and respiratory and intestinal tissue specimens from ΔF508 homozygous and non-CF patients, using immunohistochemical and immunoblot analyses with a panel of CFTR antibodies. CFTR expression was detected at the luminal surface of reabsorptive sweat ducts and airway submucosal glands, at the apex of ciliated cells in pseudostratified respiratory epithelia and of isolated cells of the villi of duodenum and jejunum, and within intracellular compartments of intestinal goblet cells. In ΔF508 homozygous patients, expression of the mutant protein proved to be tissue specific. Whereas ΔF508 CFTR was undetectable in sweat glands, the expression in the respiratory and intestinal tracts could not be distinguished from the wild-type by signal intensity or localization. The tissue-specific variation of ΔF508 CFTR expression from null to apparently normal amounts indicates that ΔF508 CFTR maturation can be modulated and suggests that determinants other than CFTR mislocalization should play a role in ΔF508 CF respiratory and intestinal disease. 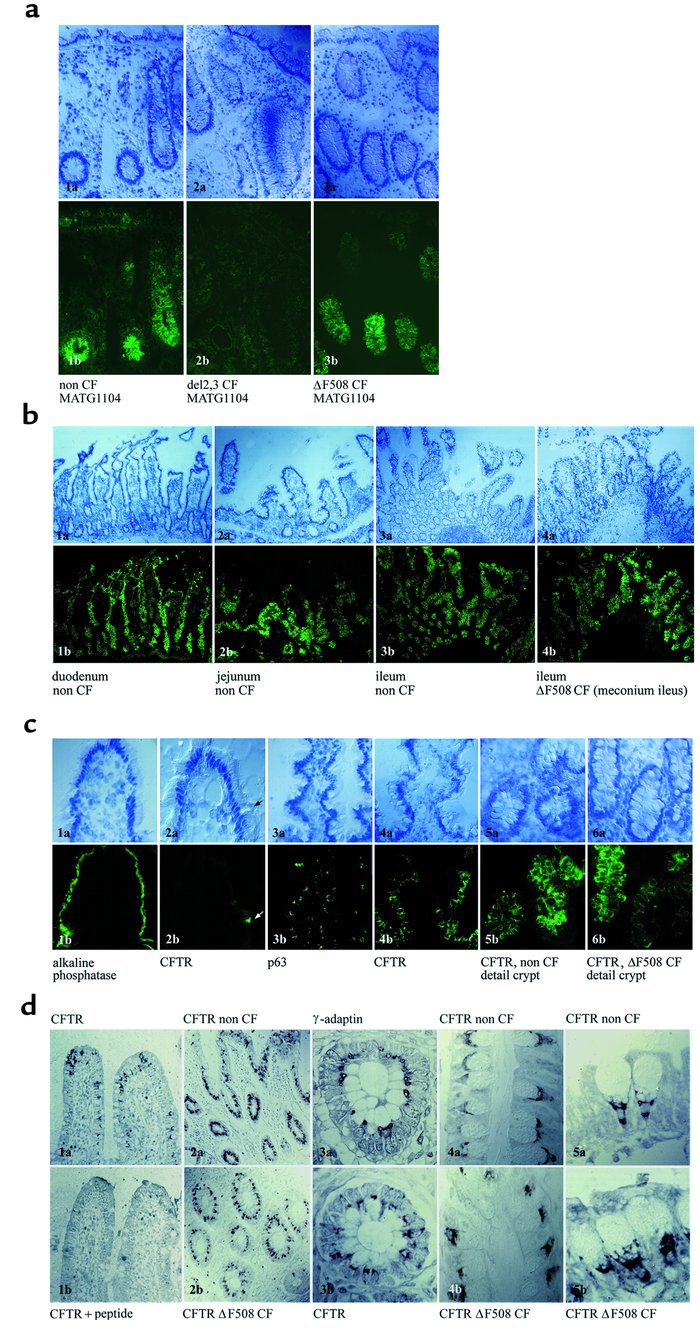