Fcγ receptors on the surface of phagocytic cells bind the Fc region of IgG and mediate binding, phagocytosis, and destruction of particulate antigens opsonized by the antigen-specific IgG molecule. The present study evaluates the feasibility of converting lung epithelial cells into phagocytic cells using adenovirus (Ad) vector–mediated gene transfer of FcγRIIA cDNA to induce expression of the human FcγRIIA receptor. Binding and phagocytosis of opsonized sheep red blood cells (SRBCs) by the A549 human lung epithelial cell line after Ad-mediated FcγRIIA gene transfer was demonstrated using light and fluorescence microscopy and phagocytic assays with 51Cr-labeled SRBCs. When A549 cells were infected with an Ad vector expressing a FcγRIIA mutant in which 2 of 3 cytoplasmic tyrosines have been replaced with phenylalanine, only binding, but not phagocytosis, of opsonized SRBCs was observed. In vivo expression of FcγRIIA in the lung after intratracheal administration of the AdFcγRIIA enhanced clearance of opsonized Pseudomonas aeruginosa from the lung in normal rats and in mice deficient in Fcγ receptor expression. Similar results were observed with a chimeric FcγRIIA construct containing the extracellular domain of FcγRIIIA. Together, these data demonstrate that Ad-mediated FcγRIIA receptor cDNA expression can mediate the binding and phagocytosis of opsonized particulate antigens by normally nonphagocytic cells, suggesting that gene-transfer strategies might be used to utilize nonphagocytic cells to clear bacteria or other opsonized particulate antigens from the respiratory tract. 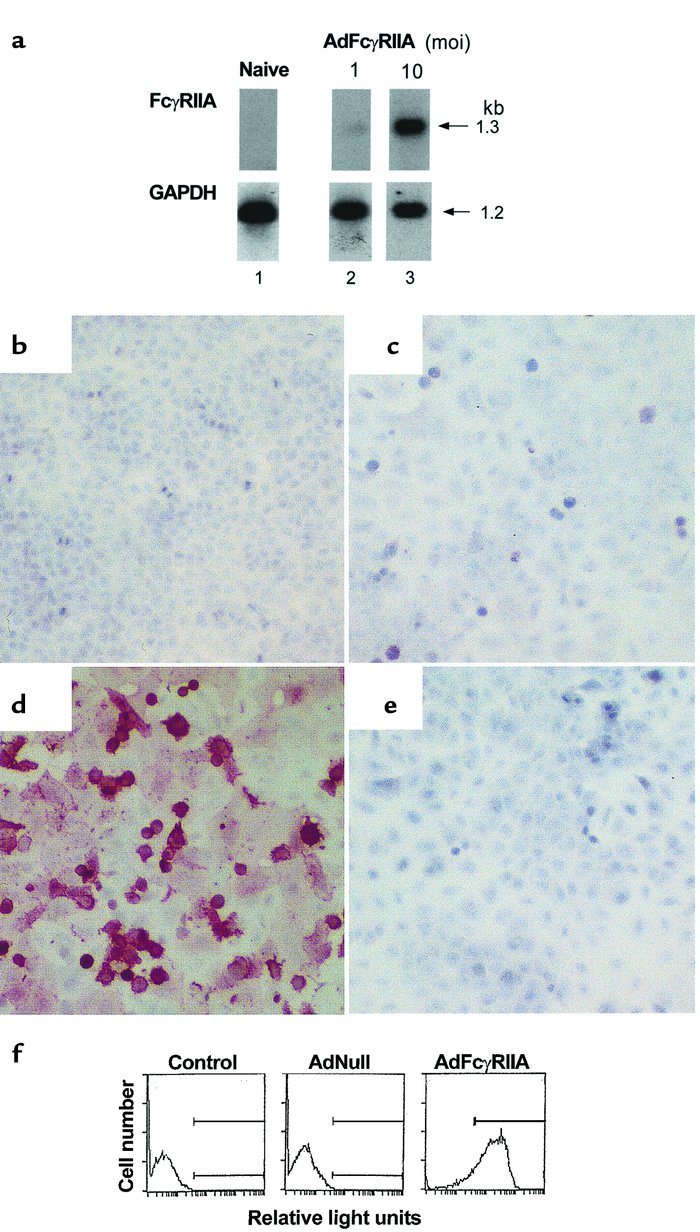