The discovery of the genetic basis for circadian rhythms has expanded our knowledge of the temporal organization of behavior and physiology. The observations that the circadian gene network is present in most living organisms from eubacteria to humans, that most cells and tissues express autonomous clocks, and that disruption of clock genes results in metabolic dysregulation have revealed interactions between metabolism and circadian rhythms at neural, molecular, and cellular levels. A major challenge remains in understanding the interplay between brain and peripheral clocks and in determining how these interactions promote energy homeostasis across the sleep-wake cycle. In this Review, we evaluate how investigation of molecular timing may create new opportunities to understand and develop therapies for obesity and diabetes.

Interactions between the molecular clock and downstream metabolic genes. 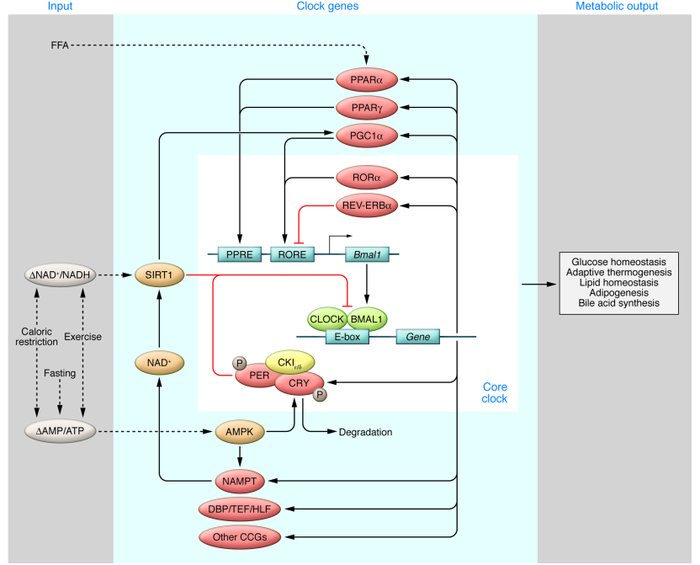