Sixteen years and counting: an update on leptin in energy balance

Sixteen years and counting: an update on leptin in energy balance

Cloned in 1994, the ob gene encodes the protein hormone leptin, which is produced and secreted by white adipose tissue. Since its discovery, leptin has been found to have profound effects on behavior, metabolic rate, endocrine axes, and glucose fluxes. Leptin deficiency in mice and humans causes morbid obesity, diabetes, and various neuroendocrine anomalies, and replacement leads to decreased food intake, normalized glucose homeostasis, and increased energy expenditure. Here, we provide an update on the most current understanding of leptin-sensitive neural pathways in terms of both anatomical organization and physiological roles.

Simplified neuroanatomical model of leptin action within the CNS in the regulation of metabolic functions. 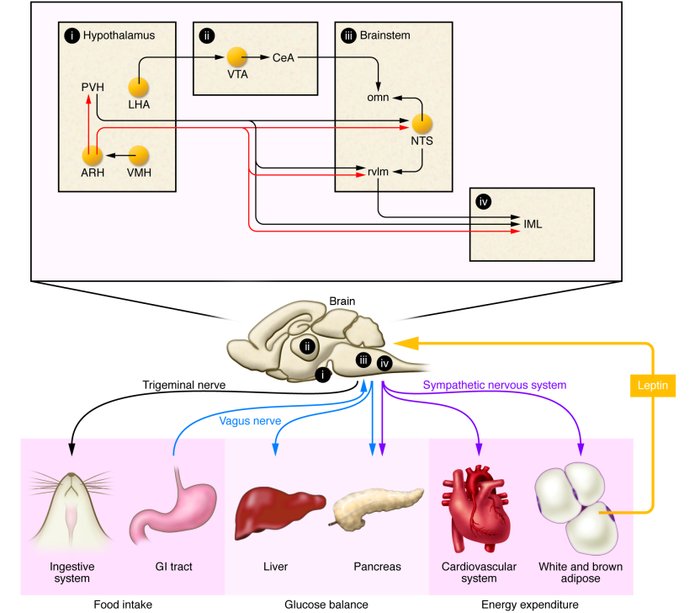