Peripheral nerve injuries and neuropathies lead to profound functional deficits. Here, we have demonstrated that muscle-derived stem/progenitor cells (MDSPCs) isolated from adult human skeletal muscle (hMDSPCs) can adopt neuronal and glial phenotypes in vitro and ameliorate a critical-sized sciatic nerve injury and its associated defects in a murine model. Transplanted hMDSPCs surrounded the axonal growth cone, while hMDSPCs infiltrating the regenerating nerve differentiated into myelinating Schwann cells. Engraftment of hMDSPCs into the area of the damaged nerve promoted axonal regeneration, which led to functional recovery as measured by sustained gait improvement. Furthermore, no adverse effects were observed in these animals up to 18 months after transplantation. Following hMDSPC therapy, gastrocnemius muscles from mice exhibited substantially less muscle atrophy, an increase in muscle mass after denervation, and reorganization of motor endplates at the postsynaptic sites compared with those from PBS-treated mice. Evaluation of nerve defects in animals transplanted with vehicle-only or myoblast-like cells did not reveal histological or functional recovery. These data demonstrate the efficacy of hMDSPC-based therapy for peripheral nerve injury and suggest that hMDSPC transplantation has potential to be translated for use in human neuropathies. 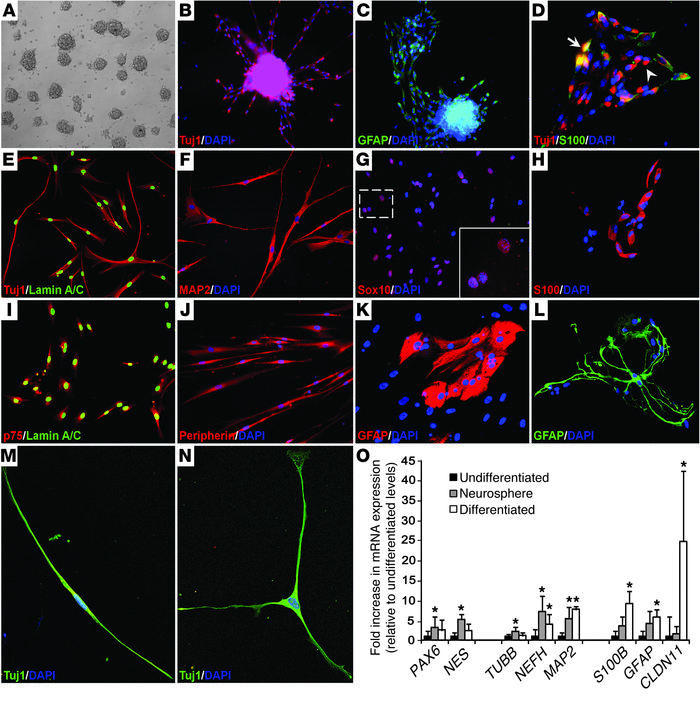