We examined potential mechanisms by which angiotensin subtype-2 (AT2) receptor stimulation induces net fluid absorption and serosal guanosine cyclic 3′,5′-monophosphate (cGMP) formation in the rat jejunum. l-arginine (l-ARG) given intravenously or interstitially enhanced net fluid absorption and cGMP formation, which were completely blocked by the nitric oxide (NO) synthase inhibitor, N-nitro-l-arginine methylester (l-NAME), but not by the specific AT2 receptor antagonist, PD-123319 (PD). Dietary sodium restriction also increased jejunal interstitial fluid cGMP and fluid absorption. Both could be blocked by PD or l-NAME, suggesting that the effects of sodium restriction occur via ANG II at the AT2 receptor. l-ARG–stimulated fluid absorption was blocked by the soluble guanylyl cyclase inhibitor 1-H-[1,2,4]oxadiazolo[4,2-α]quinoxalin-1-one (ODQ). Cyclic GMP–specific phosphodiesterase in the interstitial space decreased extracellular cGMP content and prevented the absorptive effects of l-ARG. Angiotensin II (ANG II) caused an increase in net Na+ and Cl– ion absorption and 22Na+ unidirectional efflux (absorption) from the jejunal loop. In contrast, intraluminal heat-stable enterotoxin of Escherichia coli (STa) increased loop cGMP and fluid secretion that were not blocked by either l-NAME or ODQ. These findings suggest that ANG II acts at the serosal side via AT2 receptors to stimulate cGMP production via soluble guanylyl cyclase activation and absorption through the generation of NO, but that mucosal STa activation of particulate guanylyl cyclase causes secretion independently of NO, thus demonstrating the opposite effects of cGMP in the mucosal and serosal compartments of the jejunum. 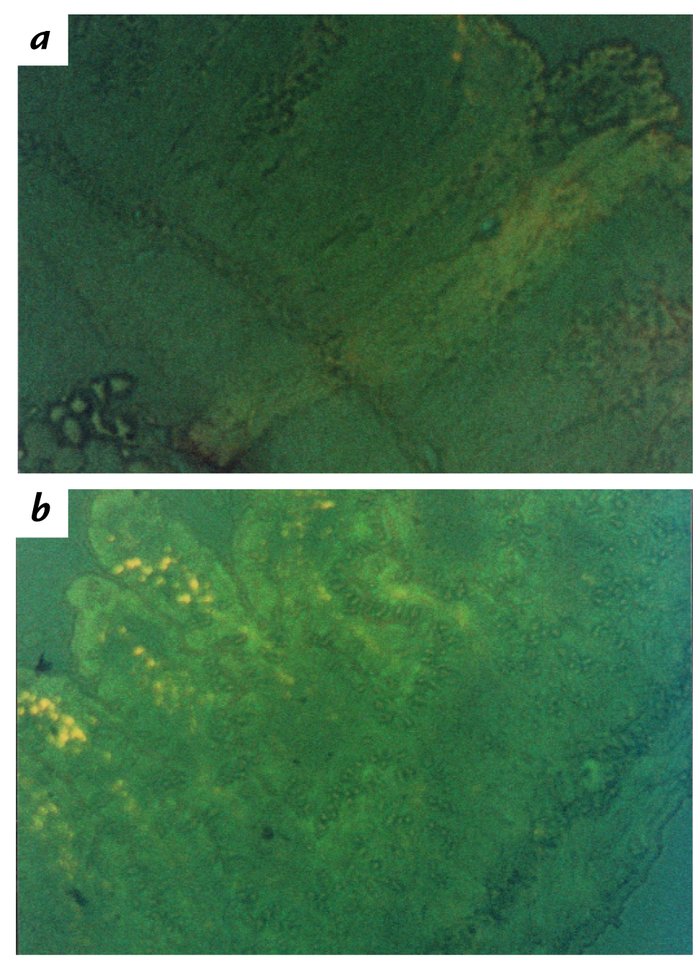