In the United States, Ixodes scapularis ticks overwinter in the Northeast and Upper Midwest and transmit the agent of human granulocytic anaplasmosis, Anaplasma phagocytophilum, among other pathogens. We now show that the presence of A. phagocytophilum in I. scapularis ticks increases their ability to survive in the cold. We identified an I. scapularis antifreeze glycoprotein, designated IAFGP, and demonstrated via RNAi knockdown studies the importance of IAFGP for the survival of I. scapularis ticks in a cold environment. Transfection studies also show that IAFGP increased the viability of yeast cells subjected to cold temperature. Remarkably, A. phagocytophilum induced the expression of iafgp, thereby increasing the cold tolerance and survival of I. scapularis. These data define a molecular basis for symbiosis between a human pathogenic bacterium and its arthropod vector and delineate what we believe to be a new pathway that may be targeted to alter the life cycle of this microbe and its invertebrate host.

Expression of is developmentally regulated and induced by cold and . 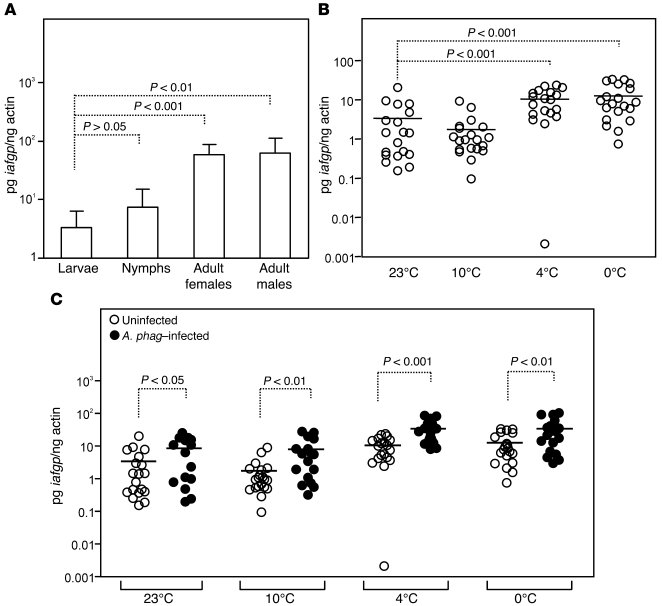