Obesity and its metabolic consequences are a major public health concern worldwide. Obesity is associated with overactivity of the endocannabinoid system, which is involved in the regulation of appetite, lipogenesis, and insulin resistance. Cannabinoid-1 receptor (CB1R) antagonists reduce body weight and improve cardiometabolic abnormalities in experimental and human obesity, but their therapeutic potential is limited by neuropsychiatric side effects. Here we have demonstrated that a CB1R neutral antagonist largely restricted to the periphery does not affect behavioral responses mediated by CB1R in the brains of mice with genetic or diet-induced obesity, but it does cause weight-independent improvements in glucose homeostasis, fatty liver, and plasma lipid profile. These effects were due to blockade of CB1R in peripheral tissues, including the liver, as verified through the use of CB1R-deficient mice with or without transgenic expression of CB1R in the liver. These results suggest that targeting peripheral CB1R has therapeutic potential for alleviating cardiometabolic risk in obese patients.

Chemical structure and pharmacological profile of AM6545. 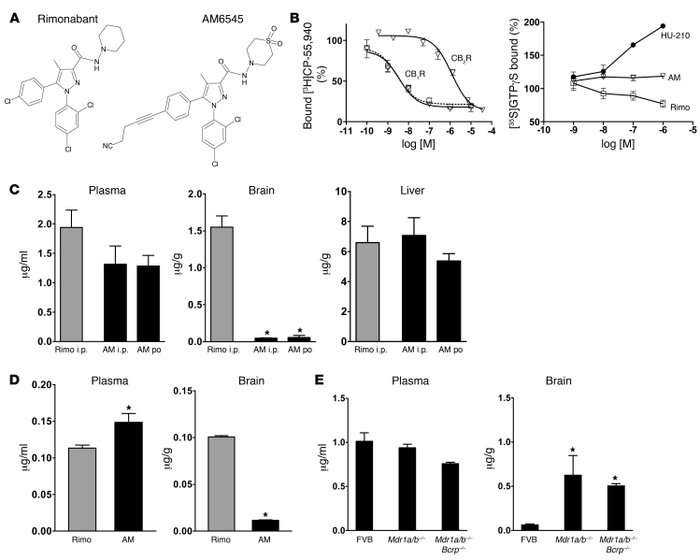