Tregs play an important role in protecting the skin from autoimmune attack. However, the extent of Treg trafficking between the skin and draining lymph nodes (DLNs) is unknown. We set out to investigate this using mice engineered to express the photoconvertible fluorescence protein Kaede, which changes from green to red when exposed to violet light. By exposing the skin of Kaede-transgenic mice to violet light, we were able to label T cells in the periphery under physiological conditions with Kaede-red and demonstrated that both memory phenotype CD4+Foxp3– non-Tregs and CD4+Foxp3+ Tregs migrated from the skin to DLNs in the steady state. During cutaneous immune responses, Tregs constituted the major emigrants and inhibited immune responses more robustly than did LN-resident Tregs. We consistently observed that cutaneous immune responses were prolonged by depletion of endogenous Tregs in vivo. In addition, the circulating Tregs specifically included activated CD25hi Tregs that demonstrated a strong inhibitory function. Together, our results suggest that Tregs in circulation infiltrate the periphery, traffic to DLNs, and then recirculate back to the skin, contributing to the downregulation of cutaneous immune responses. 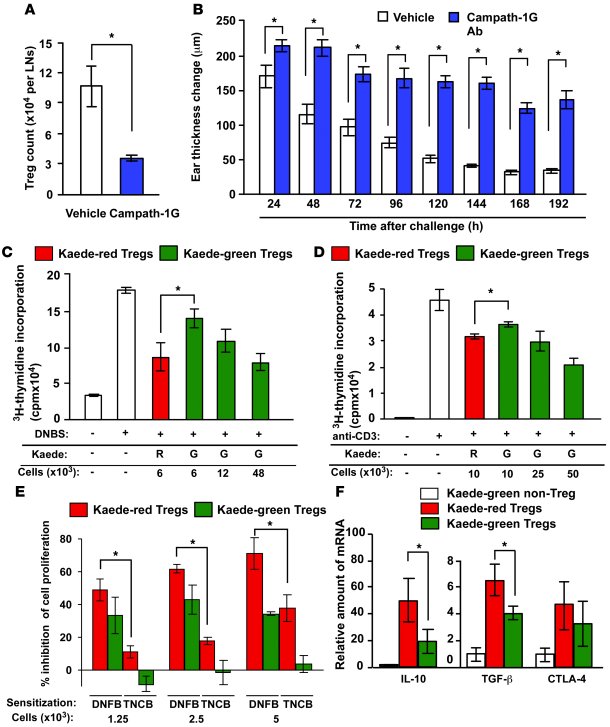