Chemotherapy sensitizes tumor cells to the cytotoxic effect of CTLs. 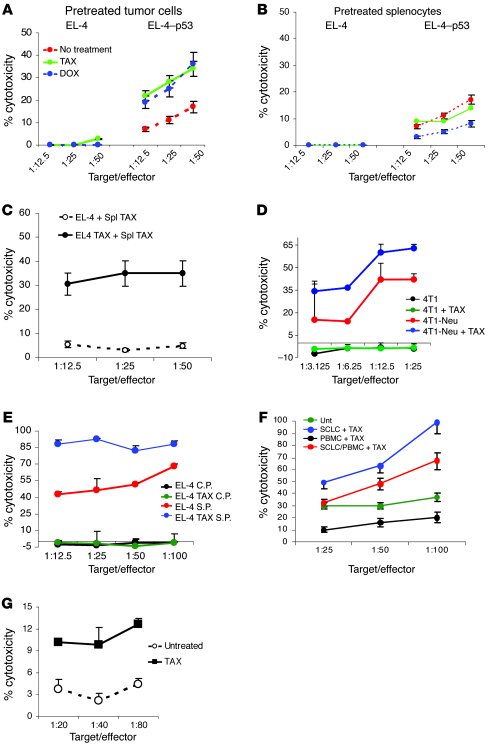