Th22 cells are enriched in the epidermal compartment of the skin. 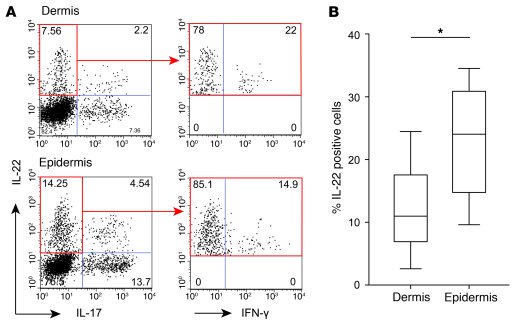