Chikungunya virus (CHIKV) is a mosquito-borne alphavirus that induces in humans a disease characterized by fever, rash, and pain in muscles and joints. The recent emergence or reemergence of CHIKV in the Indian Ocean Islands and India has stressed the need to better understand the pathogenesis of this disease. Previous CHIKV disease models have used young or immunodeficient mice, but these do not recapitulate human disease patterns and are unsuitable for testing immune-based therapies. Herein, we describe what we believe to be a new model for CHIKV infection in adult, immunocompetent cynomolgus macaques. CHIKV infection in these animals recapitulated the viral, clinical, and pathological features observed in human disease. In the macaques, long-term CHIKV infection was observed in joints, muscles, lymphoid organs, and liver, which could explain the long-lasting CHIKV disease symptoms observed in humans. In addition, the study identified macrophages as the main cellular reservoirs during the late stages of CHIKV infection in vivo. This model of CHIKV physiopathology should allow the development of new therapeutic and/or prophylactic strategies. 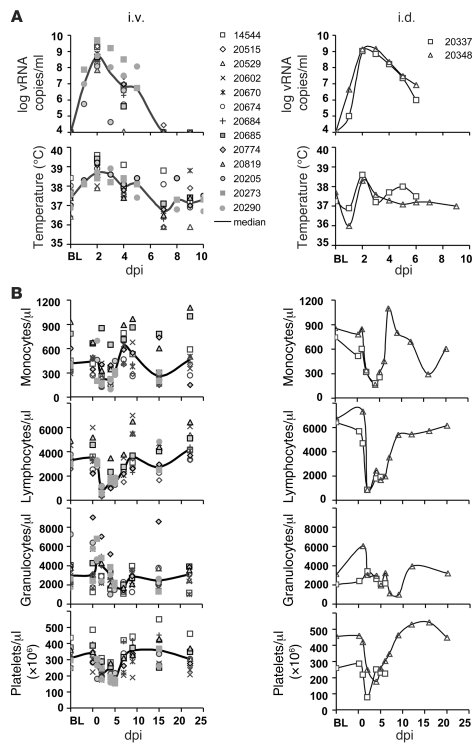