Arterial morphogenesis is an important and poorly understood process. In particular, the signaling events controlling arterial formation have not been established. We evaluated whether alterations in the balance between ERK1/2 and PI3K signaling pathways could stimulate arterial formation in the setting of defective arterial morphogenesis in mice and zebrafish. Increased ERK1/2 activity in mouse ECs with reduced VEGF responsiveness was achieved in vitro and in vivo by downregulating PI3K activity, suppressing Akt1 but not Akt2 expression, or introducing a constitutively active ERK1/2 construct. Such restoration of ERK1/2 activation was sufficient to restore impaired arterial development and branching morphogenesis in synectin-deficient mice and synectin-knockdown zebrafish. The same approach effectively stimulated arterial growth in adult mice, restoring arteriogenesis in mice lacking synectin and in atherosclerotic mice lacking both LDL-R and ApoB48. We therefore conclude that PI3K-ERK1/2 crosstalk plays a key role in the regulation of arterial growth and that the augmentation of ERK signaling via suppression of the PI3K signaling pathway can effectively stimulate arteriogenesis. 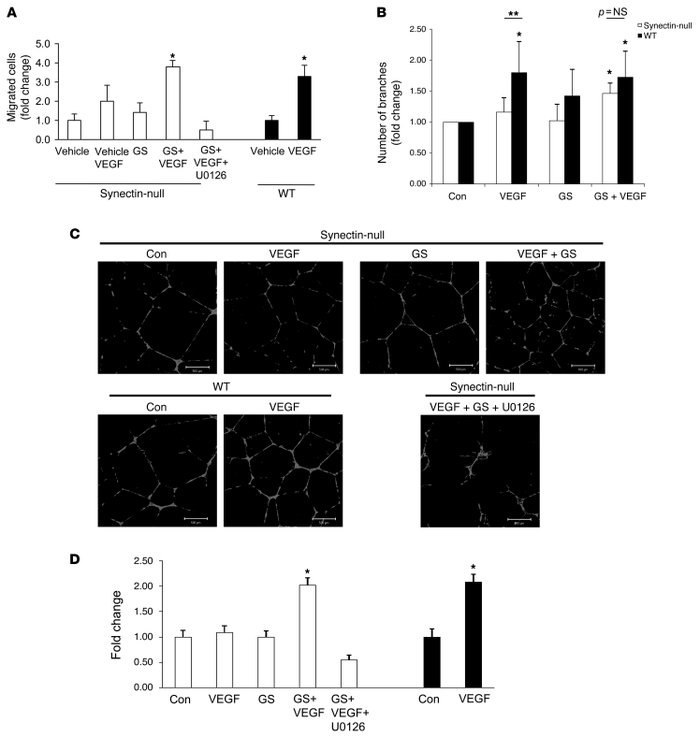